General Meretskov realized that his inability to secure a bridgehead across the Neva River South of Lennigrad had kept him from attacking the German Army south of the Neva. But now it was winter and the Neva had frozen solid (well enough to allow KV-1 tanks to cross) for a crossing at the village of Marino. The Radfahr-Abteilung 170th Infantry Division would bear the brunt of a two hour artillery shelling before the attack by elements of the 136th Rifle Division and the 61st Tank Brigade, 67th Army. 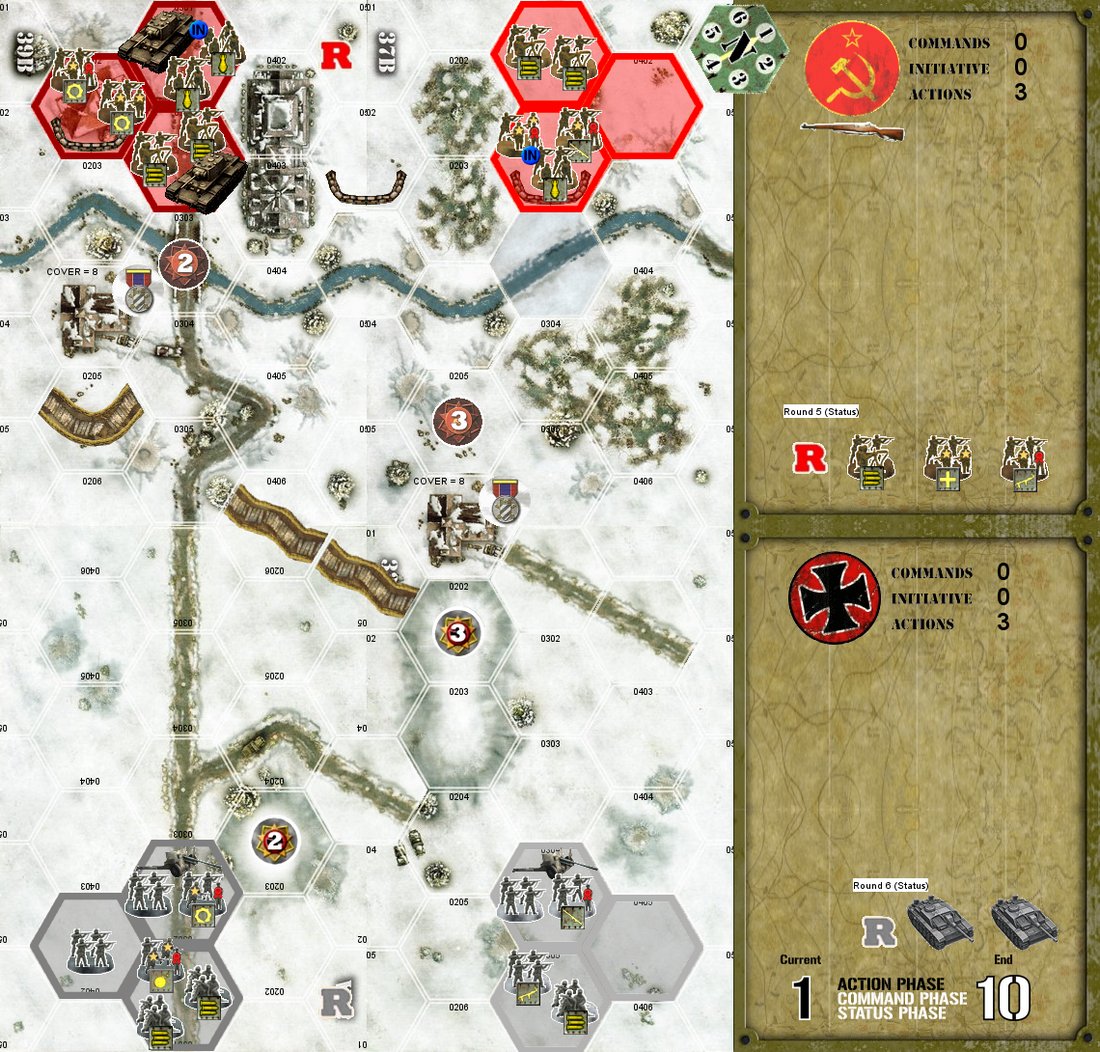 alecrespi replied the topic: #775 8 months 5 days ago
Played this one yesterday and here you can find some questions: I do think the maximum result for the Soviet side could be a "Draw"... every other victories look too difficult to achieve.

Anyone played this game?
What do you think about these points?

VLOG attached if you want to watch our game with Vassal.