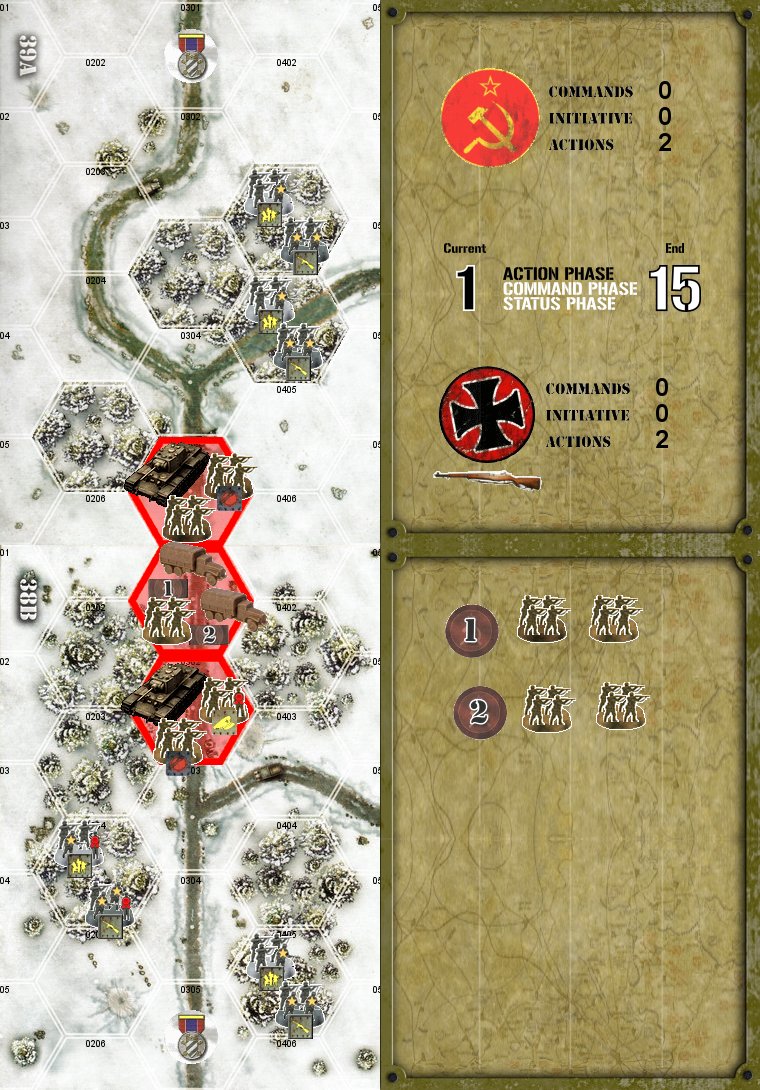 It should be noted that ALL trucks need to be full in order to place all troops within the three deployment hexes.
The commissar is just added for fluff.
Experts represent ad-hoc anti-tank weapons.
If the Finns don’t act correctly in the first two turns, it will most probably be a fast victory for the Russians. It is up to the Finnish player to find out what the first two actions should be. If the first two actions are chosen wisely, it is a balanced scenario.
The Russians have several options, both at
setup and during play, and the Finns need to react in order to achieve victory.

JVHillegas-Elting replied the topic: #791 4 months 1 week ago
Last week I had the rare-these-days opportunity of playing in-person with two of my greatest friends. The friend I played with has a solid foundation of experience with this game, but among the two of us, I am the more experienced.

We played this scenario about six times over about five hours. The compactness of the scenario lends itself to being relatively quick to play, which is fantastic. In spite of its compactness, we found it to be filled with a lot of complexity and decision-making.

Five of the six times we played, I recall winning three times. I always played the Soviets, ScubaSeth played the Finns. Then we looked closer at the special rules, and realized we made a mistake in that the Finns cannot set up adjacent to any enemy unit. We thought this would give the Soviets an advantage relative to how we'd been playing, but the Finns won again by denying the exit of a KV-1 at the north edge of the map on the very last turn.

Speaking from the Soviet's perspective, the key here is just to get those KVs off the map as soon as possible, and not get bogged-down in fighting the Finns. It also behooves the Soviets to dismount troops from the transports before the Finns destroy the transports.

I really enjoyed how compact, clear, and quick-to-play this scenario was.
Read More...
Original Layout PDF (search for CODENAME).