The Siegfried Line was a defense system stretching more than 630 km (390 mi) with more than 18,000 bunkers, tunnels and tank traps. It went from Kleve on the border with the Netherlands, along the western border of the old German Empire as far as the town of Weil am Rhein on the border to Switzerland. More with propaganda in mind than for any strategic reason, Adolf Hitler planned the line from 1936 and had it built between 1938 and 1940. In August 1944 the first clashes took place by the Siegfried Line. The section of the line now fought over the most was the Hürtgenwald area in the Eifel, 20 km (13 miles) southeast of Aachen. An estimated that 120,000 troops, plus replacements, were committed to Hürtgen. The battle in this confusing, heavily forested area claimed the lives of 24,000 troops plus 9,000 non-battle causalties. The German death toll is not documented, but Hans von Luck estimates it at around 9,000.
After the Battle of Hürtgenwald, the Battle of the Bulge began, starting at the area south of the Hürtgenwald, between Monschau and the Luxembourgian town of Echternach.
This offensive was a last-ditch attempt by the Germans to reverse the course of the war. It cost the lives of many people without resulting in any lasting success.
There were serious clashes at other parts of the Siegfried Line as well as soldiers in many bunkers refused to give up fighting, and often fought to the death. By Spring 1945, however, the last Siegfried Line bunkers fell at the Saar and Hunsrück. 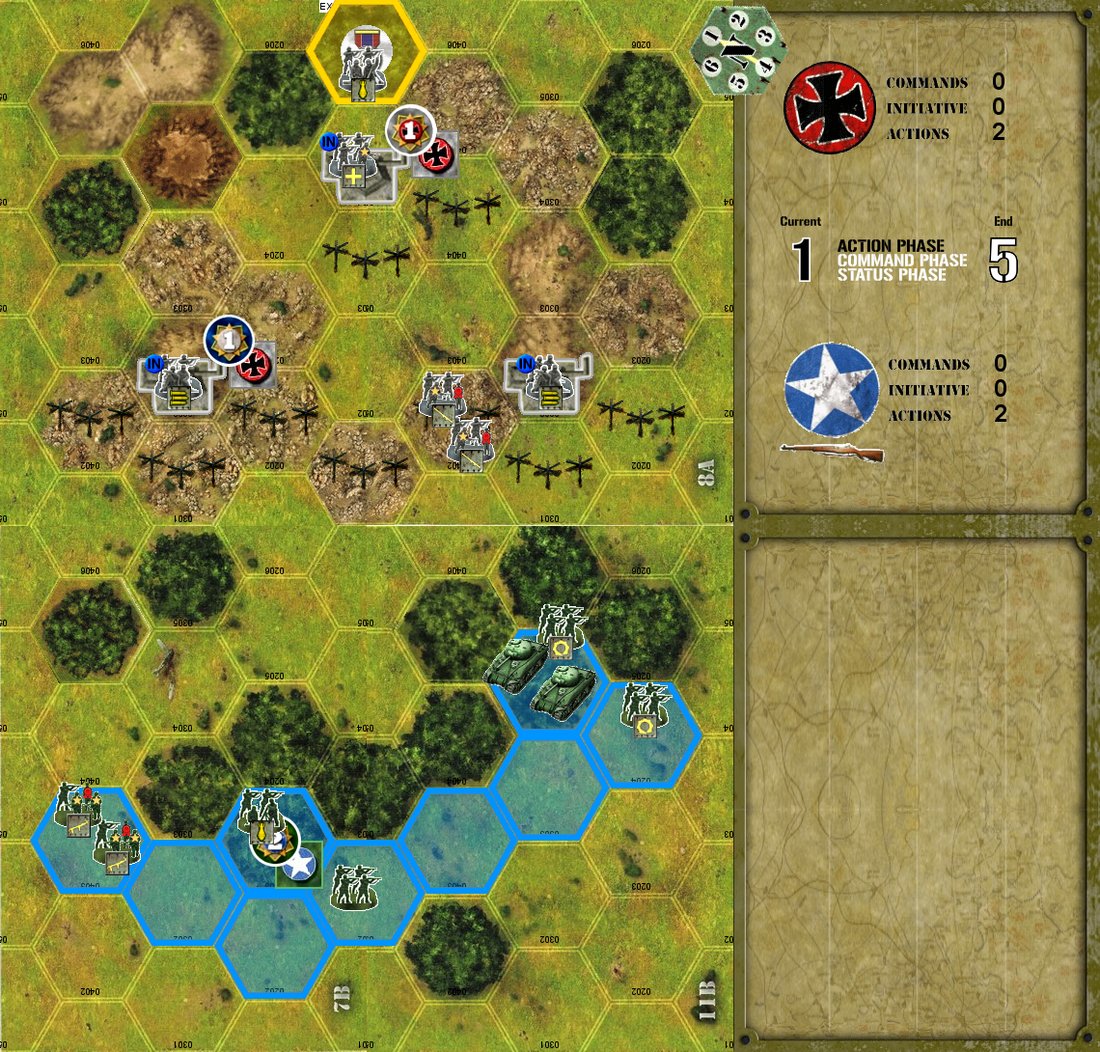