June 11th, 1944. Just north of Carentan, France. Lt Col. Robert G. Cole moves from Bridge No.4 with his unit towards a key farm house. After being pinned by German fire for hours, Cole decides to bayonet charge the house. He calls for smoke to be deployed in the large open field and then the charge begins. The Germans are positioned in the surrounding buildings by the farm house as well as trenches in a nearby orchard. After the successful charge Lt Col. Cole would be awarded the Medal of Honor. 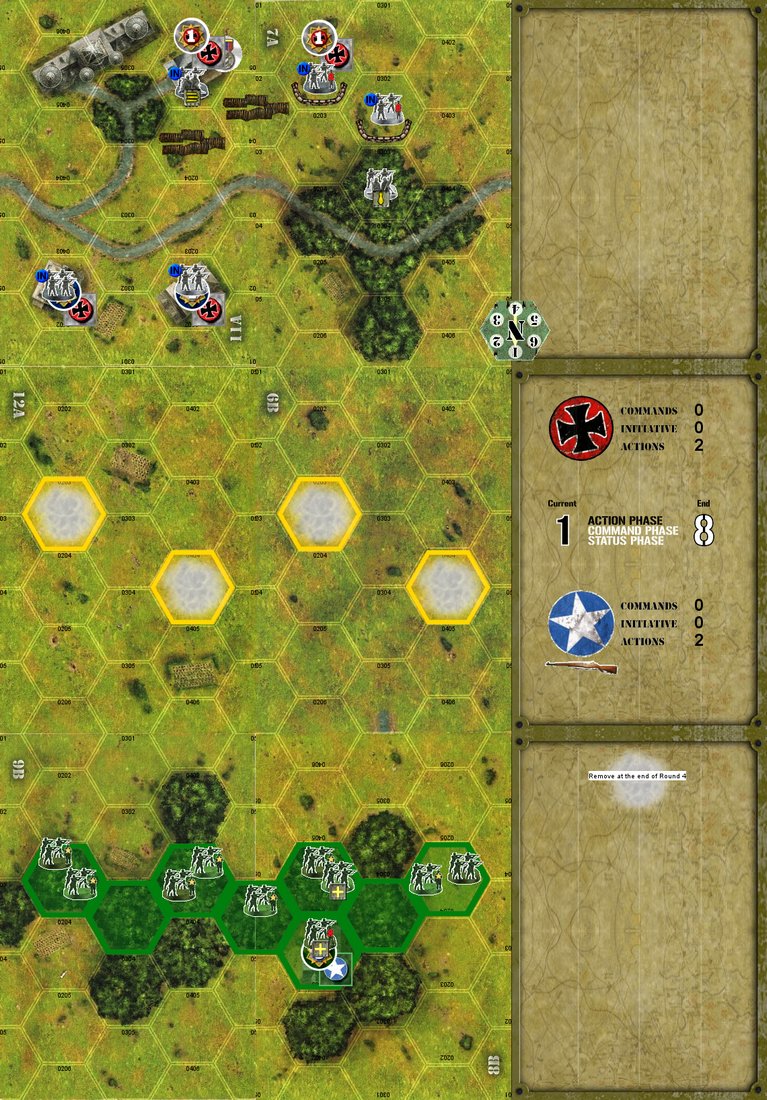