Combat cards and HQ tokens are some of a player’s most precious assets. Combat cards, in terms of game play, represent military actions and WWI happenings or unit abilities. These cards may hinder the opposition army, enhance a player’s units or may instantly change the course of a battle.
The maximum number of combat cards a player may hold is five cards, unless the scenario notes state otherwise. A player may not draw a new combat card if drawing the card would exceed the maximum number of cards that can be held.
Every combat card, contains the following information: 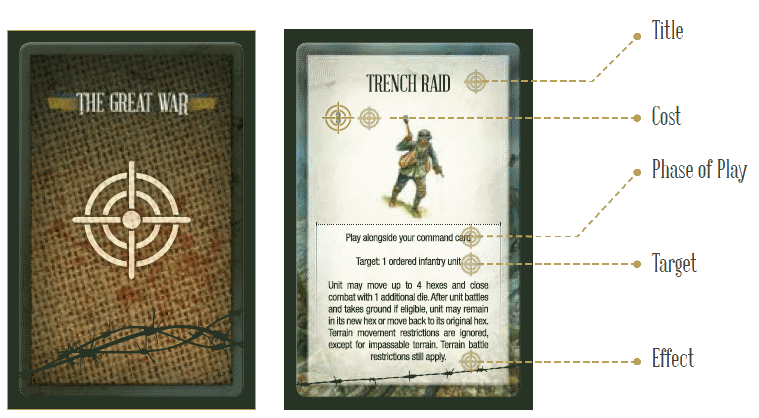 Players must observe a number of simple, but critically important rules when bringing a combat card into play.