The terrain tile hexes represent a wide range of terrain features and are placed on the map board to recreate a historical battlefield for a scenario. For a description of new Terrain tiles: see “Terrain” rules section. 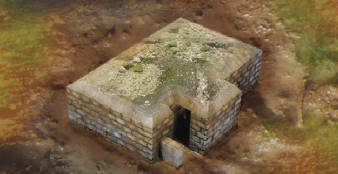 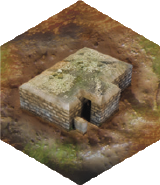 A Bunker is terrain tile hex that is a permanent battlefield emplacement that offers more protection than a fortified position or trench. A group of bunker terrain tiles in adjacent hexes, for game purposes, represents a fort. 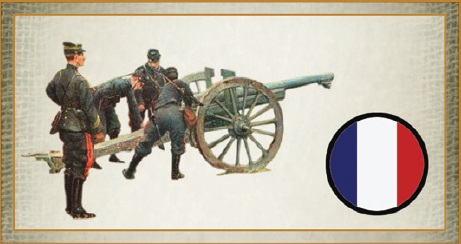 The forces that the French player will command on the battlefield are represented by 75 detailed plastic soldier figures. The French soldier figures have their own distinctive colour. 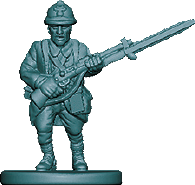 Victory Medal tokens have a French symbol on one side and a German symbol on the other side. Victory Medals are gained when the last figure of an enemy unit is eliminated and by capturing a certain terrain hex or other battlefield objectives. In some battles it is suggested that the Victory Medal is placed directly on the battlefield, with the army’s side face up to indicate the army has captured the objective and is in control.

Players are not limited by the number of wire/shell crater tokens, fortified position markers, or the number of battle dice included in the core game or expansions. Should the wire/shell crater tokens, or fortified position markers be depleted, players should substitute another marker as necessary. If a player must roll more dice than are available, he should re-roll any of the previously rolled dice and track or remember the previous results.