The Command and Colours - Opening Action scenarios 1 and 2 are non-historical battles, expressly designed to gradually introduce you and a friend to the basics of WWI trench warfare. Scenario 1 features the different WWI units and trenches, while Scenario 2 adds No-Man’s-Land shelling, wire and additional victory objectives.
The following format is used for all Command and Colours scenarios: 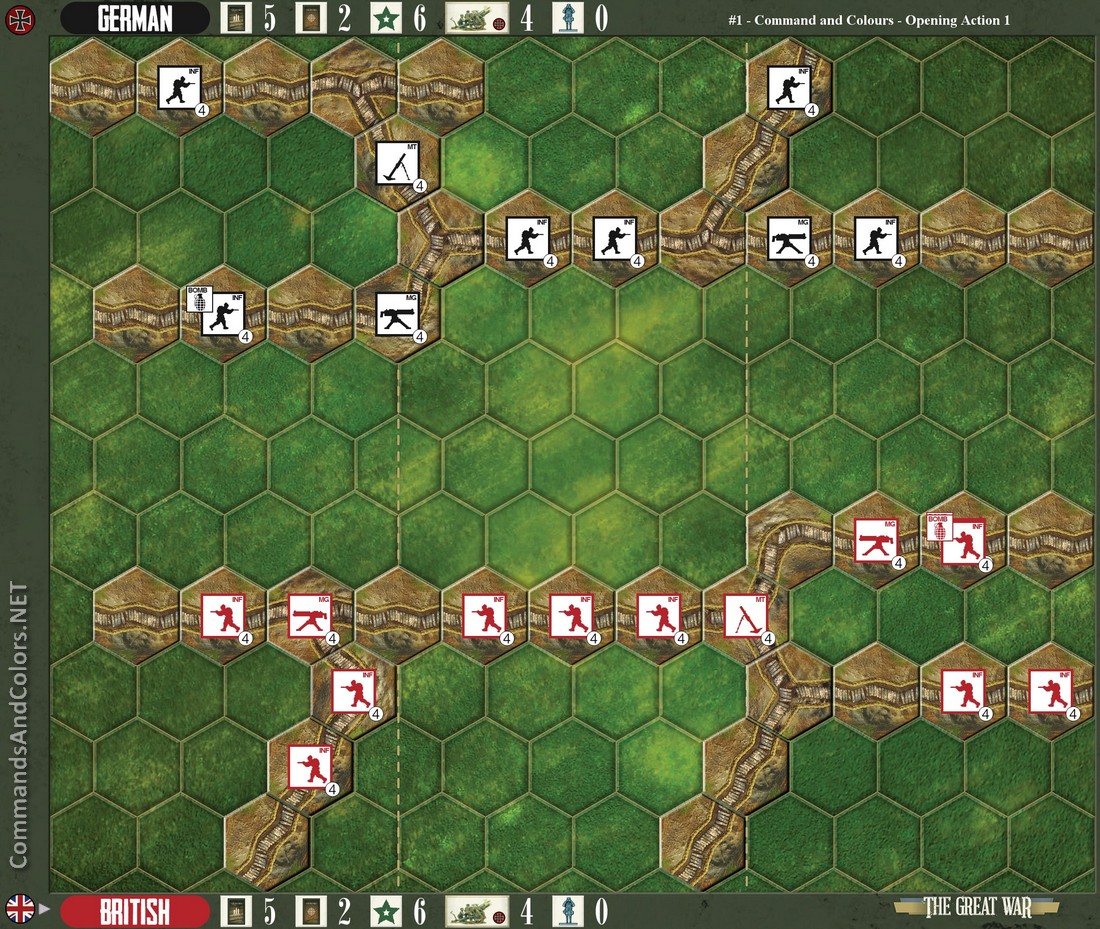 Mark McG replied the topic: #184 6 years 10 months ago
on the whole, this scenario is long, since there is no time pressure or victory objectives. Can result in a sitz kreig of exchanged fire across No Man's Land