The Battle of Loos was fought between September 25 and October 15, 1915. The Hohenzollern Redoubt, considered by British planners to be one of the strongest defensive points in the German line, was a pre-war mining complex. The large slagheap, known to the British as “The Dump”, provided the Germans an excellent view of the surrounding countryside. With this objective in mind, on September 25th, the 9th Scottish Division went over-the-top against the German IR 117th Division defending the Hohenzollern Redoubt. The British lead units advanced through the cut wire and quickly took the front face of the Redoubt. The second trench was also taken, but casualties began to mount as the advance was caught in a deadly crossfire. It then became clear that failure on their left meant that the Brigade could not continue further and they took up a defensive position in the captured trenches to reorganize. 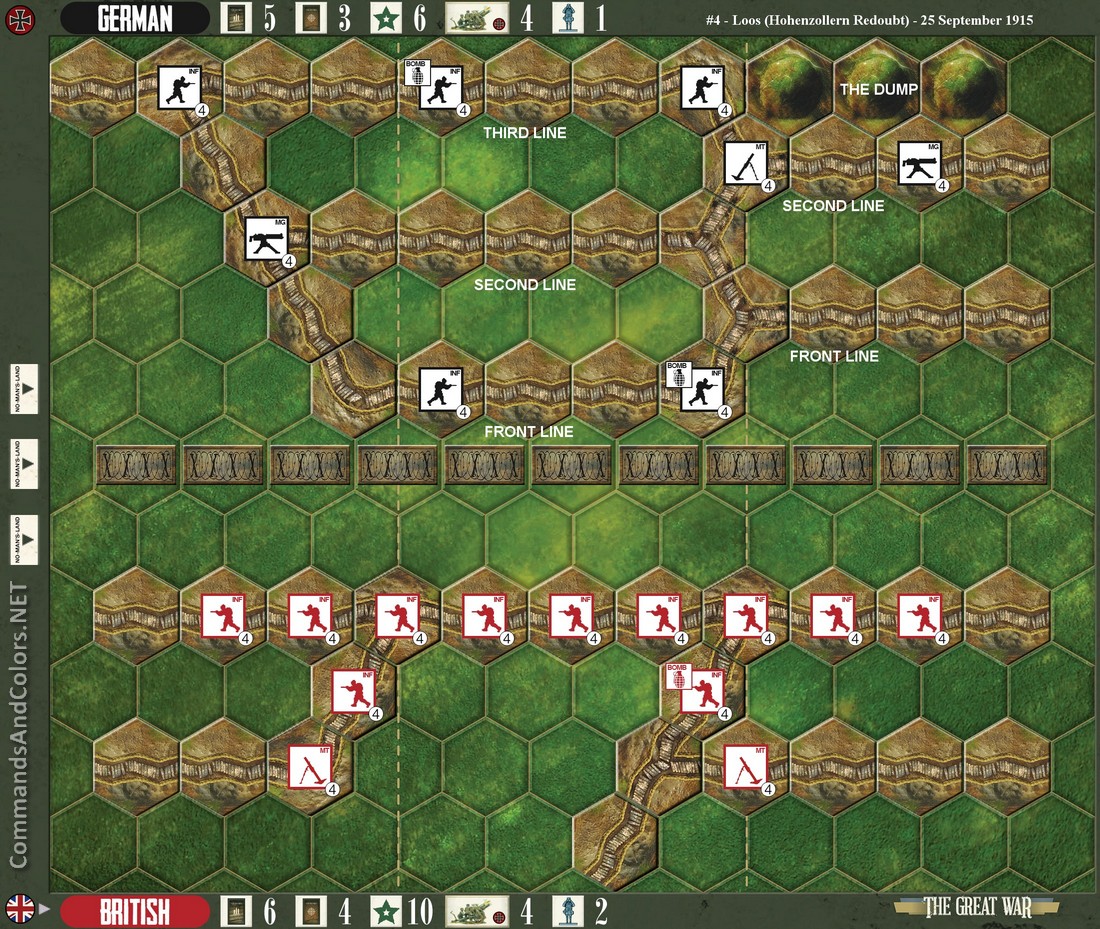