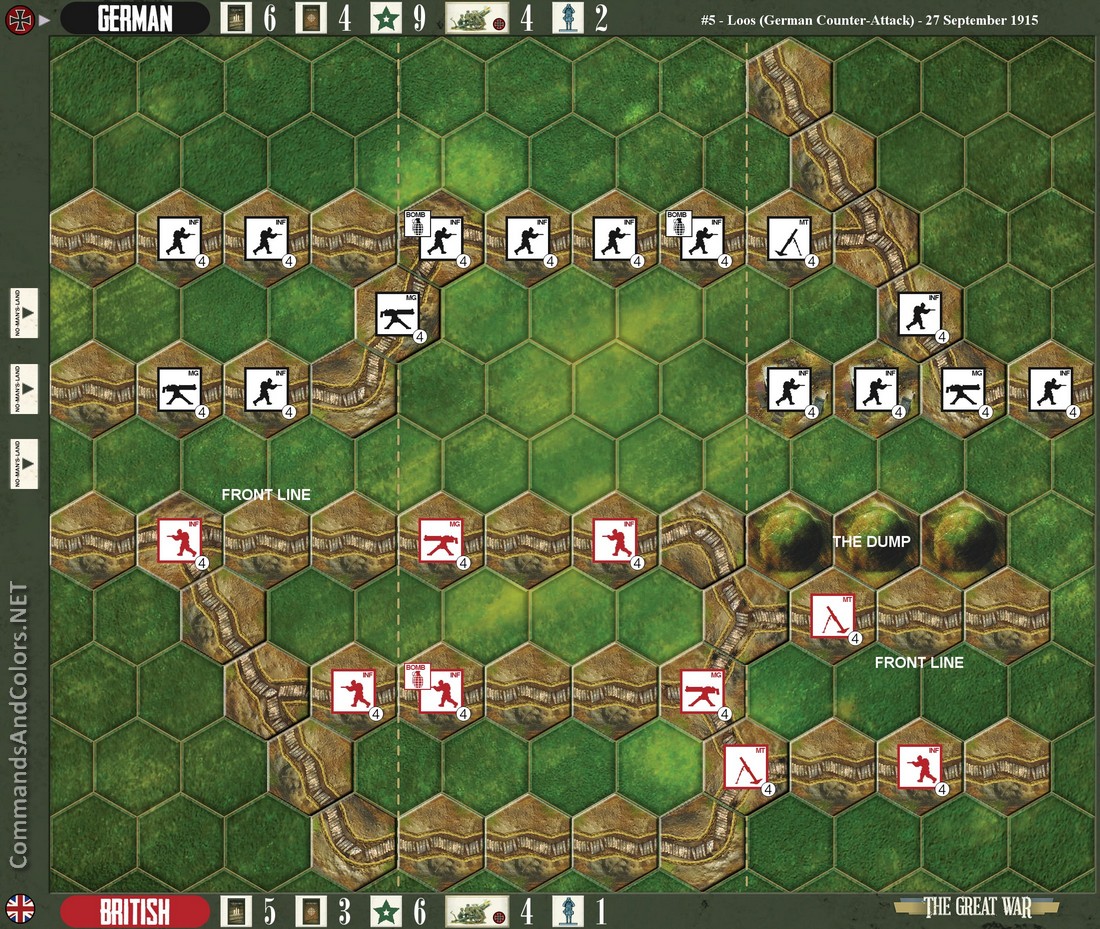 Mark McG replied the topic: #218 6 years 6 months ago
Glad to see the Germans attacking for a change, and no wire to pierce. An interesting scenario with the Dump blocking LOS in 1 Section. The Mortars firing over the Dump was thematic.