The French overall plan of attack for the battle, although fought over some of the same area as the Nivelle Offensive, this time called for limited and more reasonable objectives. The 140th Regiment was assigned to attack St. Guillain wood and farm. Their advance, however, came to a dead stop by machine gun fire from German bunkers positioned along the German front trench line. French tanks were called forward and quickly knocked out the machine gun positions. The advance then continued and the wood, farm and both Giraffe and Lizard trenches were occupied before a noon rainstorm. 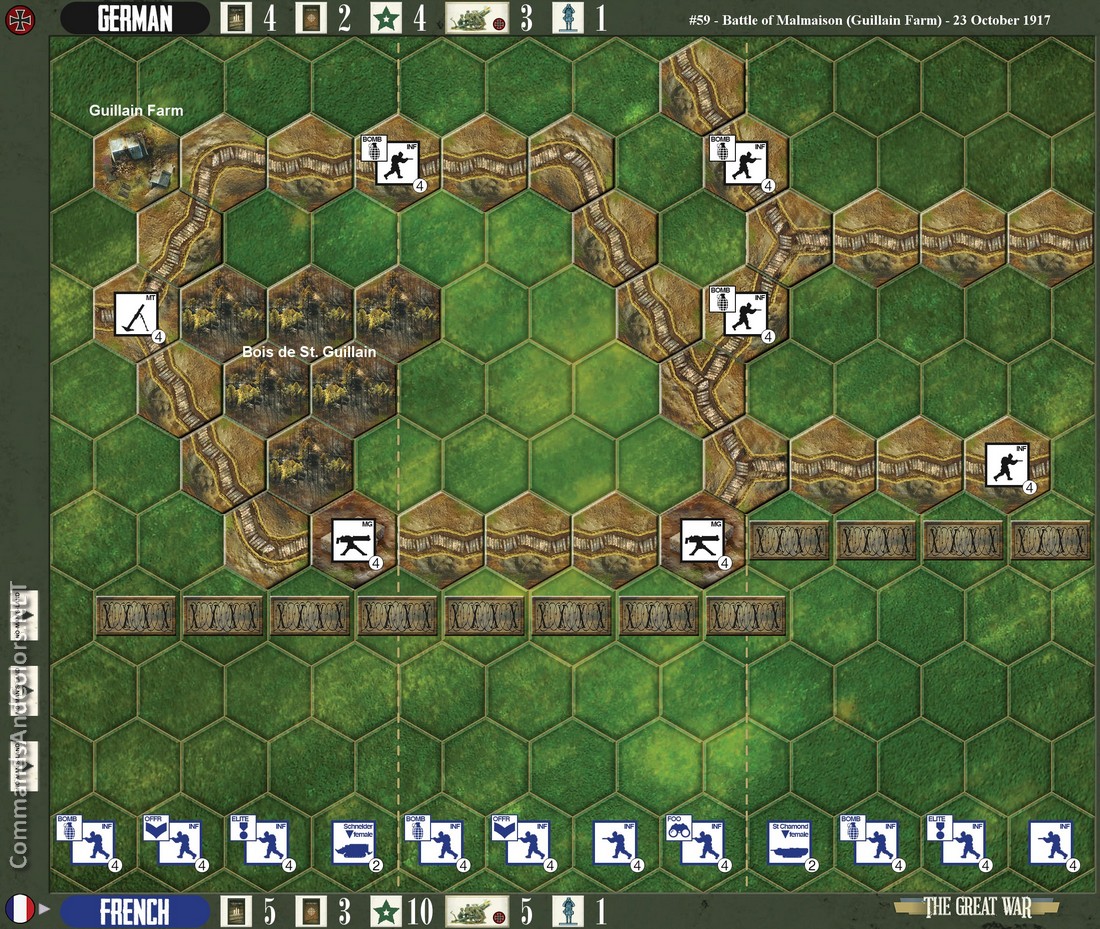