South of Bois des Caures lay the village of Beaumont. The 208th Regiment occupied the village and had almost completed an intermediate trench line that ran directly through the village, just before the German attacked. Storming forward toward the buildings over the open ground, Germans casualties were starting to mount. As darkness fell, both sides were embroiled in house-to-house fighting. 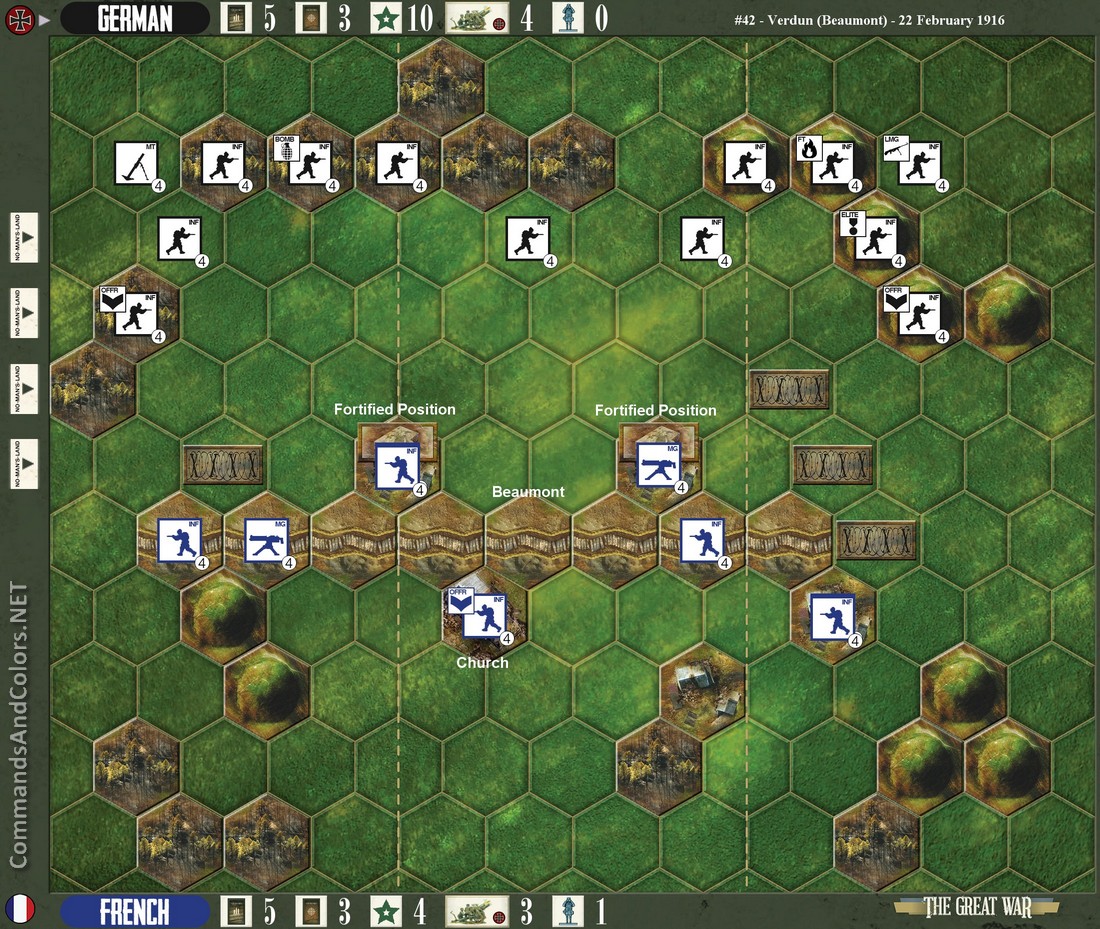