Fighting was already taking place in the streets of Villers-Bretonneux, when Second Lieutenant Mitchell, in command of a British male Mk IV tank, attacked and knocked out one German A7V tank and forced two captured British Mk IV tanks to withdraw. Mitchell’s tank, however, was not done. The British tank advanced and contacted two more A7Vs, supported by German infantry. Mitchell’s tank fired several ranging shots at the German tanks and then opened fire on the mass of German infantry. He was joined by several new British Whippet tanks, which compelled the German tanks to retire. The Whippet tank, then moved forward, crossing a nearby ridge, where they encountered additional German infantry that were in the open. Mitchell’s Mark IV then became a target for German artillery and when a mortar round disabled its tracks, the crew ditched the tank and escaped back to a British-held trench. 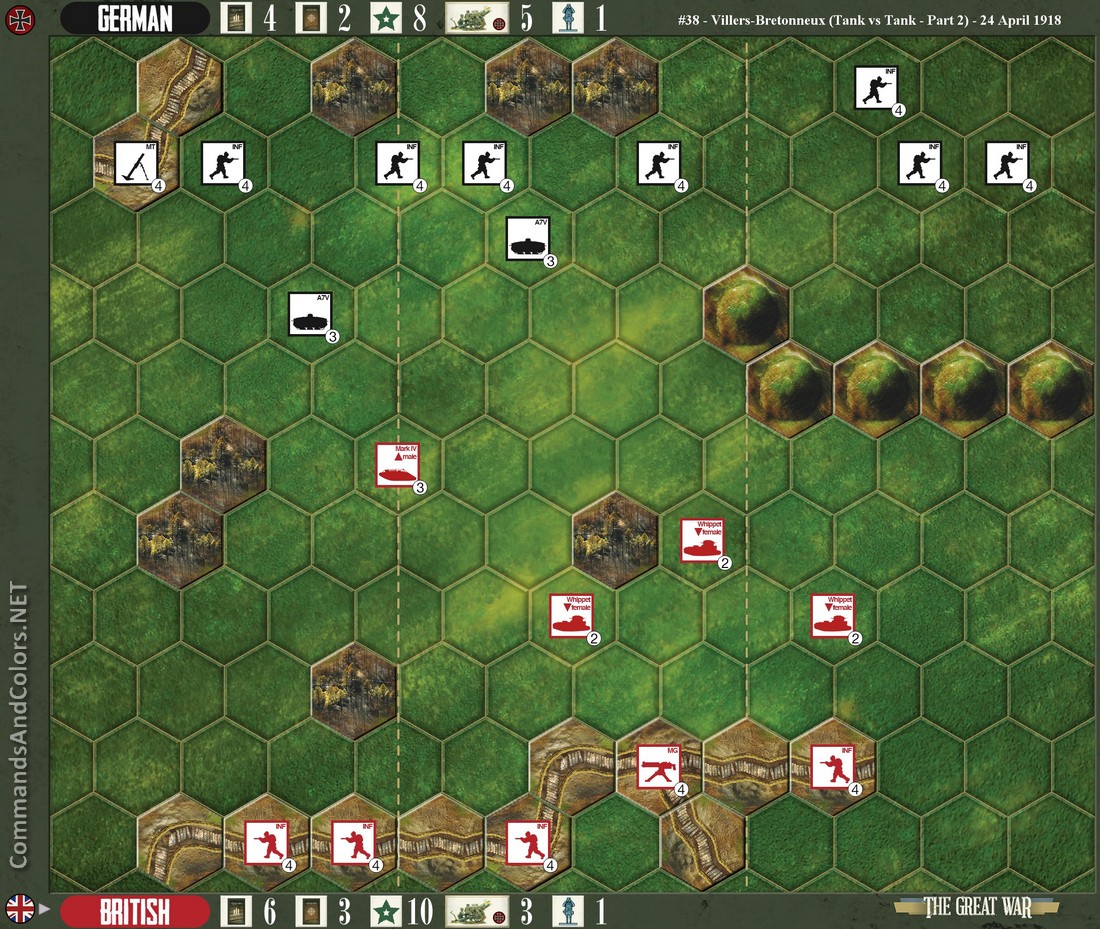 alecrespi replied the topic: #607 5 years 3 weeks ago
German (5) - British (3)
Some bad cards on British side and a lucky start for German (eliminating Mark IV with a combined attack using a single command card).
British tried a frontal assault eliminating both a tank and a rifle unit.
In the end Geramn won eliminating rifle and whippet.
Nice Tank scenario.

Mark McG replied the topic: #493 5 years 10 months ago
British move first.
Designated by the little arrowhead next to the nationality