The two Tank Opening Action scenarios 19 and 20 are non-historical battles, expressly designed to gradually introduce you and a friend to the basics of WWI Tank warfare. Scenario 19 features two British Mark IV WWI tanks, one male and one female, while Scenario 20 adds a German A7V tank to the unit mix. 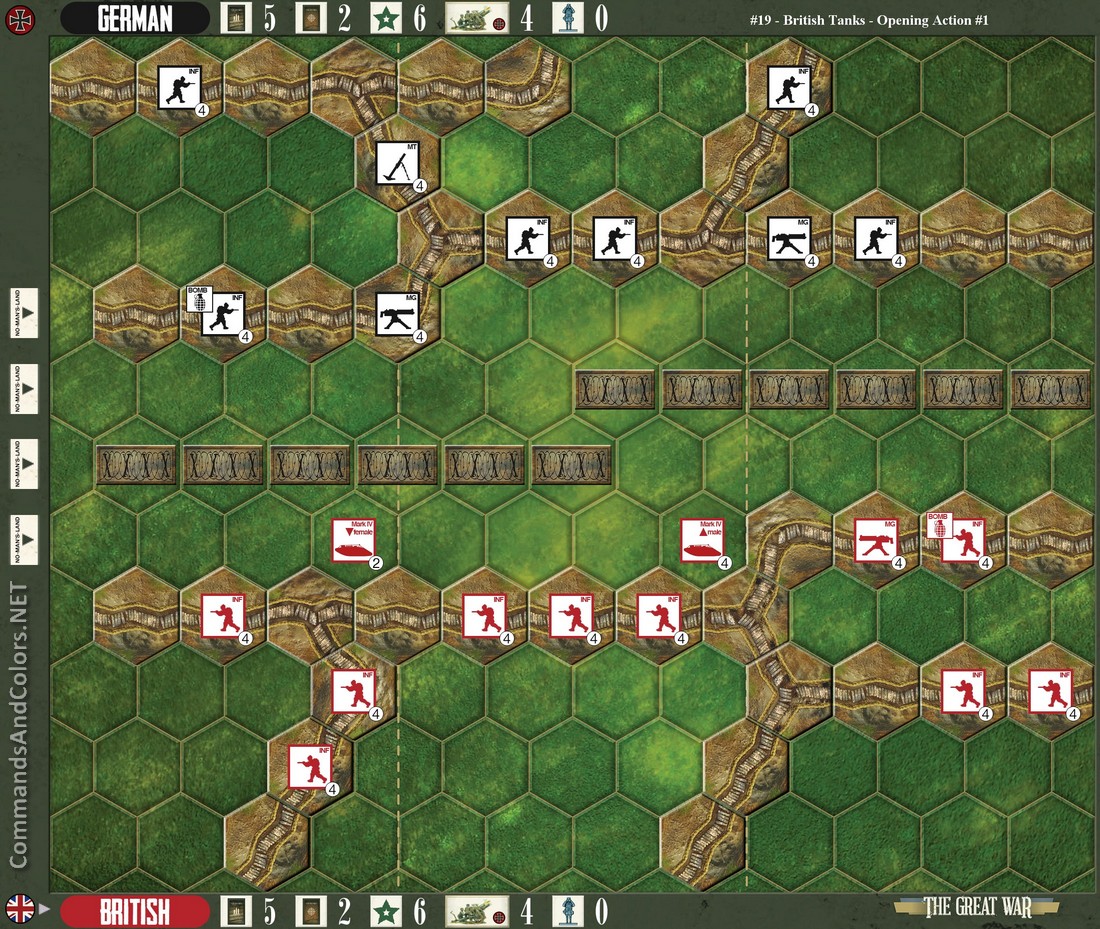