Towards the end of the second battle of Cambrai, British Mark IV tanks of 12th Battalion confronted a number of German captured Mark IVs. Under orders to support the advance of the 63rd Division to capture the German trench line just west of Niergnies, the British tanks moved forward in the mud, smoke and fog. The Germans also were advancing in the same area and around 8:30 AM the tanks met. Each side assumed the enemy tanks were friendly and not until they came within 50 yards of one another did the German tankers realize their mistake and opened fire. The lead British tank was immediately knocked out and another damaged and set on fire.
The remaining British tanks, infantry and artillery all joined in the attack against the enemy tanks, which forced them to retire. 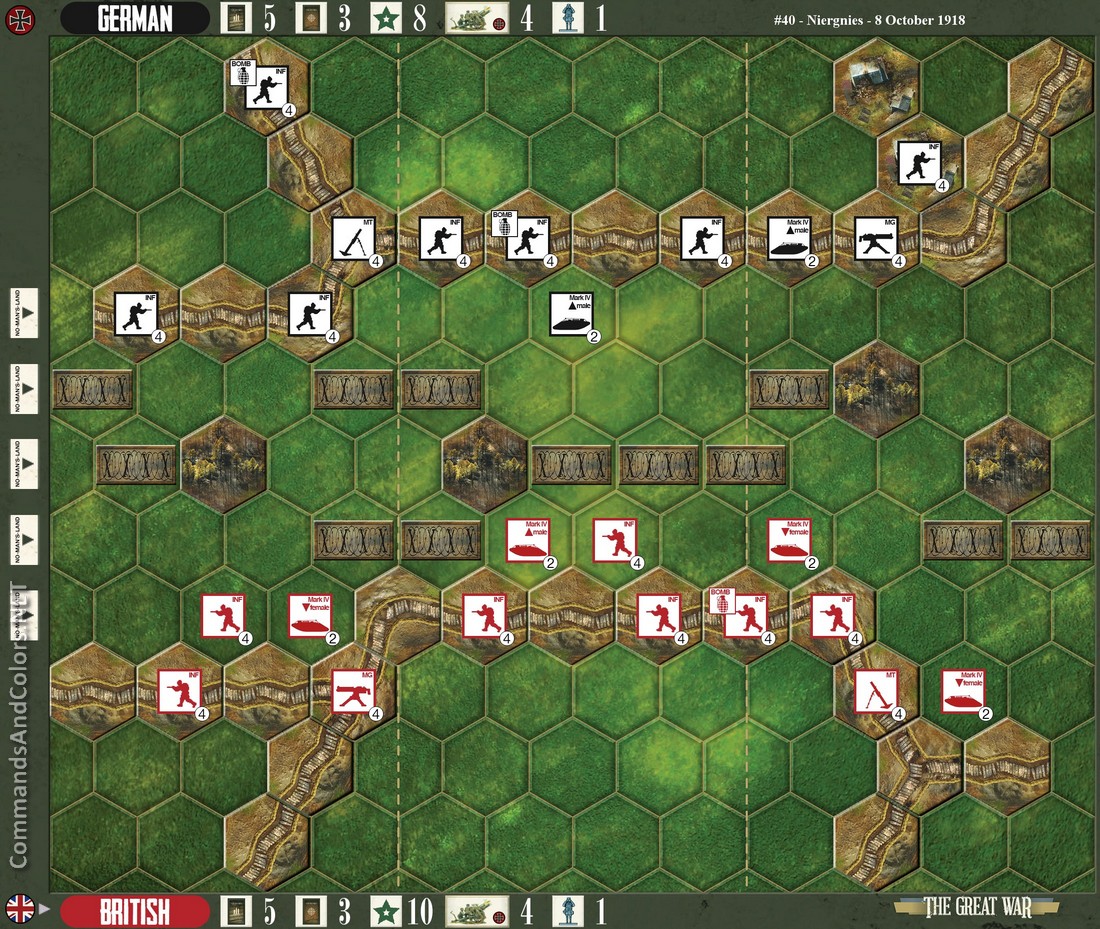