Also on the 24th, shortly after the Whippet tanks had moved out of sight of Mitchell’s Mark IV tank, they engaged a group of German infantry in the open. The German infantry were routed and as the tanks followed the retreating Germans, a A7V German tank emerged from a nearby wood. The Whippet was not designed to take on another tank and one Whippet was destroyed by cannon fire from the A7V, while the others retired. This was the first officially recorded German A7V tank vs Whippet tanks and the second tank on tank battle during World War One. 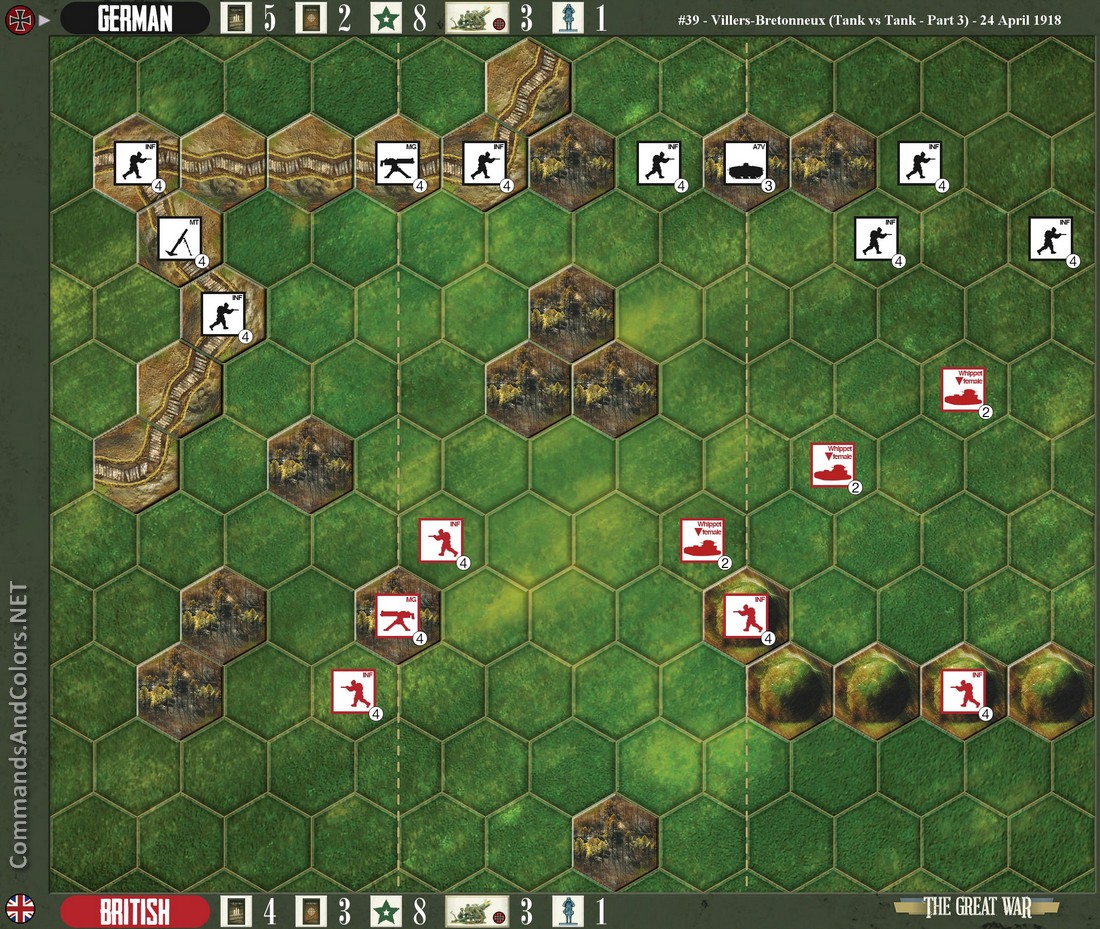