Fighting was already taking place in the streets of Villers-Bretonneux, when Captain Brown’s three tanks, a male and two females, all Mk IVs, were ordered to support the infantry between Villers and Cachy. Second Lieutenant Mitchell was in command of the male tank and upon exiting Arquenne woods, his British tank came face to face with a German A7V tank and two captured British Mk IVs. Mitchell looked round to see what the British female tanks were doing and saw they were withdrawing, after receiving fire from the A7. Mitchell then decided on an unusual move and stopped his tank to allow his gunner a shot without jumping around. The first shot smashed into the A7V cupola, the next hit its frontal armour and the third its side. Smoke started to rise from the German machine and the crew baled out. He then ordered his tank to fire on the other two German tanks and after a few shots they backed away. 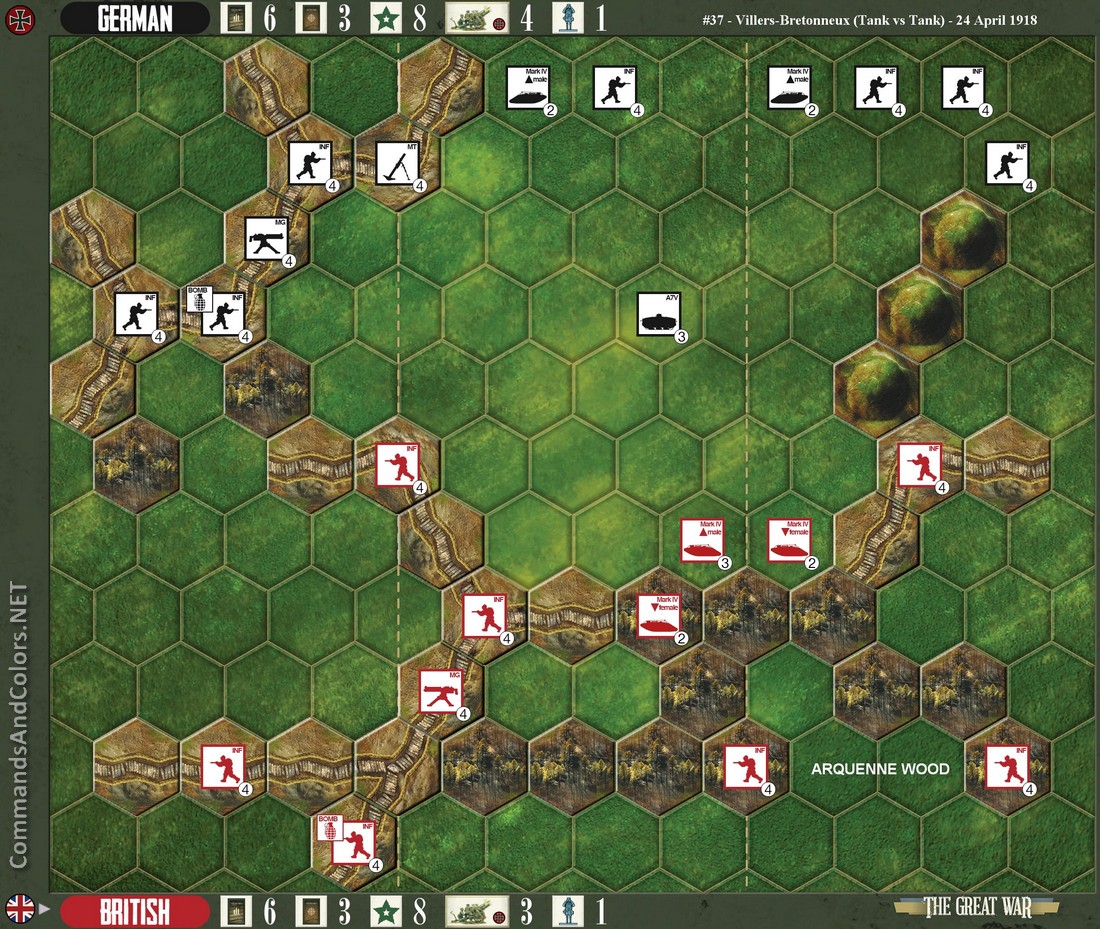 mk20336 replied the topic: #522 3 years 4 months ago
The more I play with Tanks, the more I have to agree. Scenarios Tanks vs. Tanks can be balanced, but only tanks vs. infantry is one-side-slaughter. Would be interesting to see 1 block tanks - they would need much more infantry support and assistance!

Mark McG replied the topic: #520 3 years 4 months ago
although it would probably have more luck element, reading the narrative seems like each tank is just 1 vehicle. So having just 1 life (0 silohouettes) per tank would be more appropriate. Just 1 medal each I guess, even ditched.

The infantry seem to have no real purpose beyond being easy victory banners for the tanks
Read More...