Germany’s 1918 Spring Offensive, Operation Michael, along the Western Front, was a last-ditch attempt for Germany to win the war before American forces entered Europe in large numbers. On March 26, as part of the Battle of Rosières, the Germans tried to capture the village of Colincamps in France, which was on their way to Amiens. Colincamps was held by New Zealand forces, who had forced marched to fill a gap in the British line. The German forces were in the process of outflanking the village when a company of Whippet tanks arrived. The Whippets, which were much lighter and quicker than Mark IVs, were able to drive away two German battalions that were about to enter Colincamps. 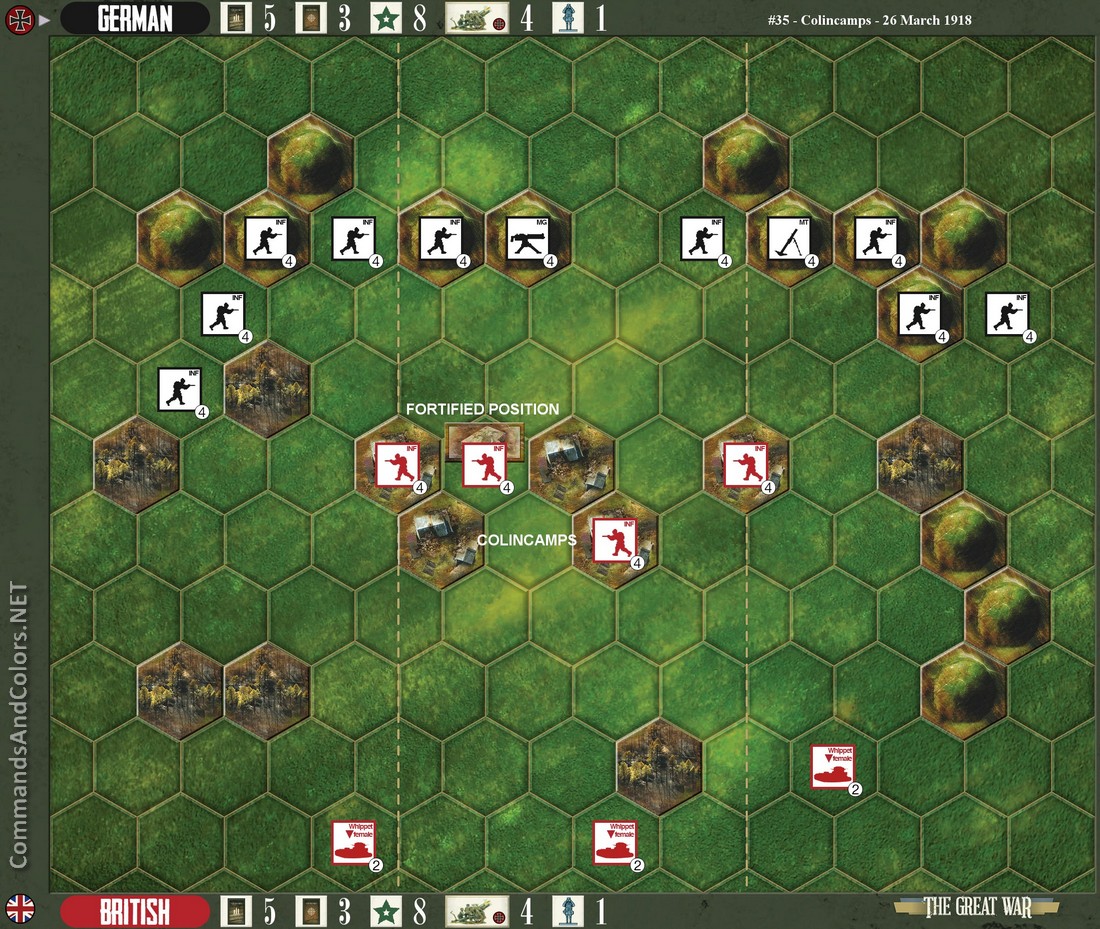