The German commander, General Erich Ludendorff, in the spring of 1918, believed it was essential for Germany to use the troops freed from the Eastern Front from the collapse of Russia, to achieve a victory against the war-weary Allies on the Western Front, before American troops arrived. The German offensive, Operation Michael, was directed against the British army north of the Somme River. It was the first time German tanks were used. Three of the five A7V Sturmpanzer-Kraftwagens (tanks) broke down, but Number 501, called “Gretchen”, and Number 506, known as “Mephisto”, helped the Germans overrun the first and second allied trench lines near St. Quentin. By March 22, the British 5th Army was in retreat. The offensive had obtained the single largest territorial gain on the Western Front since the early months of the war, but in spite of these gains, the Allied lines were only bent, not broken. 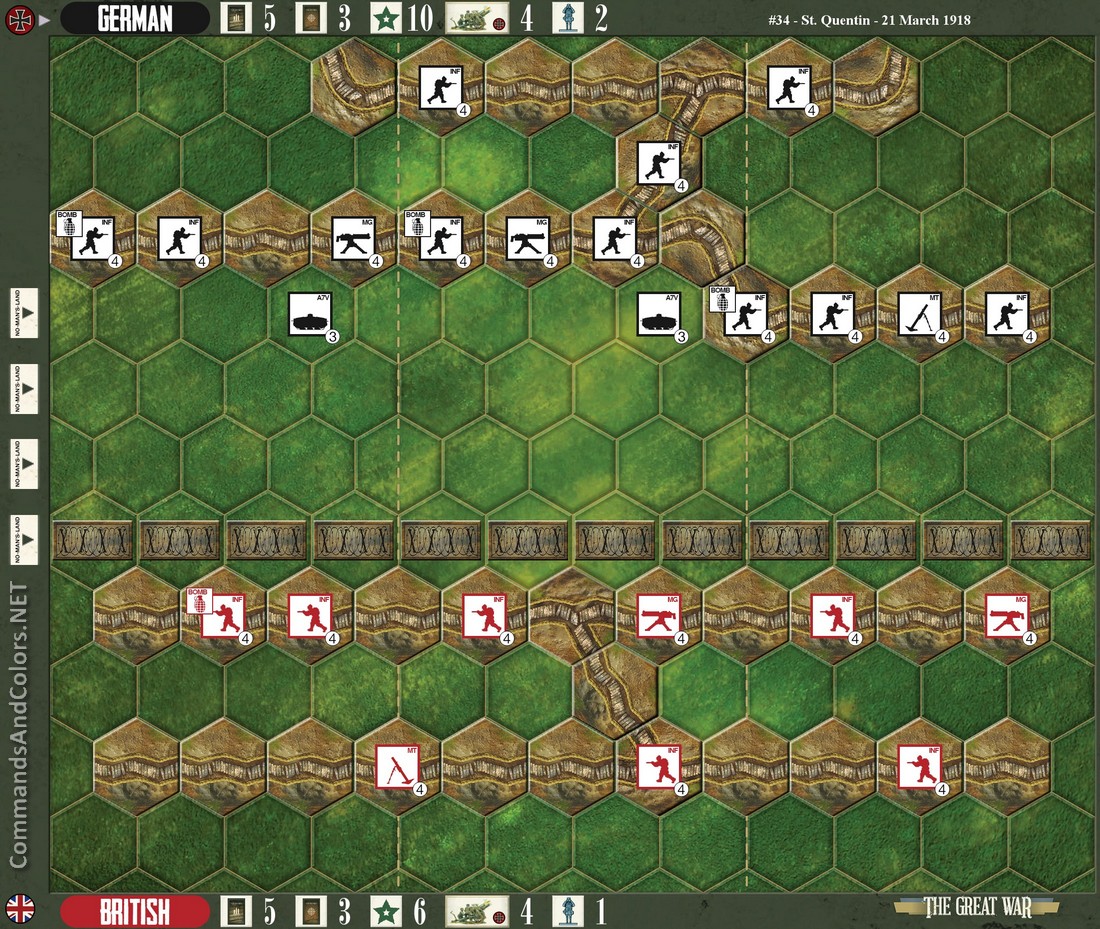 Decebalus replied the topic: #440 5 years 11 months ago
The first battle scenario with german tanks! I see no chance for the british side to win.
Read More...