The Montparnasse Quarry sustained continued attacks by the 1st Chasseur Battalion until the garrison finally surrendered at mid-morning. The 1st Chasseur Battalion then joined the 38th Division, and together they advanced on Chavignon and Fort de la Malmaison. Near the remnants of the fort, the 66th Division joined in on the attack, but most of the barbed-wire entanglements and German machine gun emplacements placed in the ruins of the old fort remained intact. By the end of the day, little progress had been made. 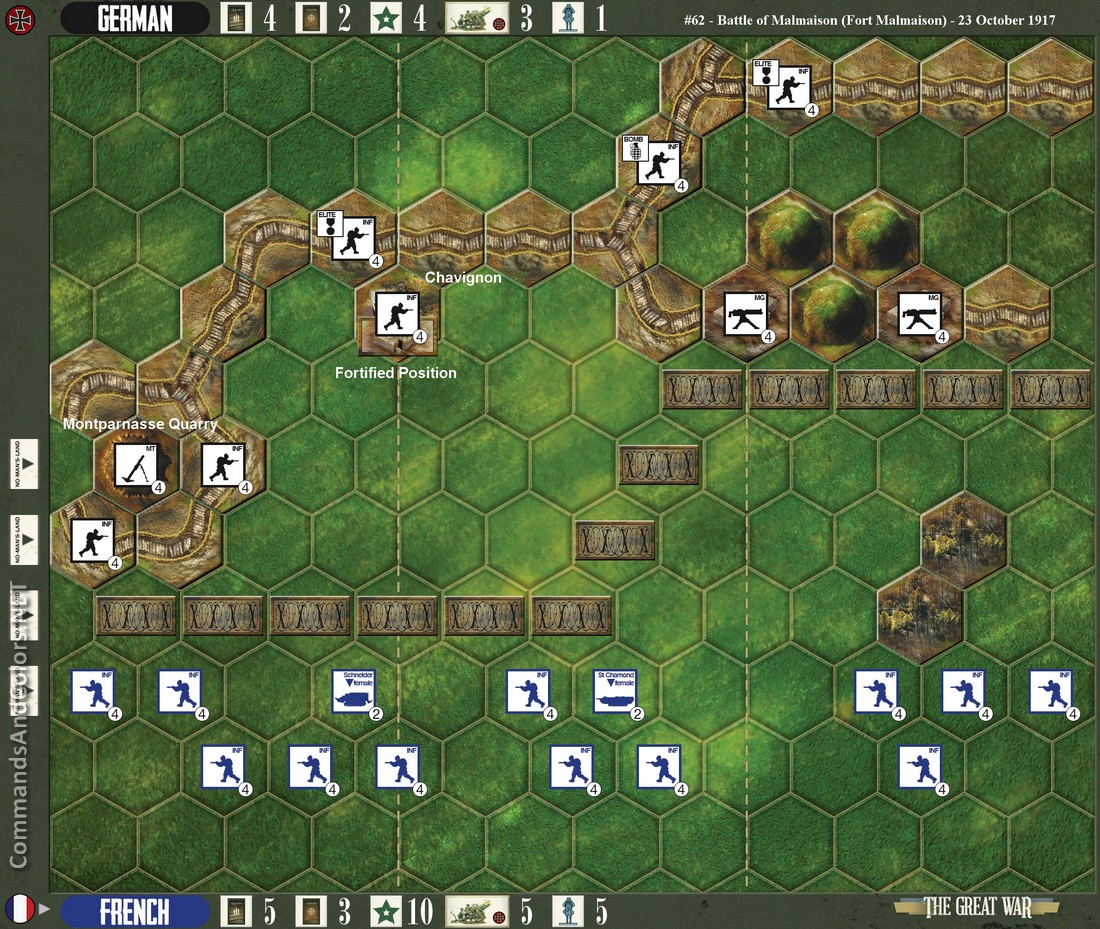