The French 13th, 43rd and 38th Divisions simultaneously advanced forward towards their objectives. The 13th attacked Vaudesson village and the Belle Croix woords. The 38th entered the Garenne woods and drove the Germans from Orme Farm, while to the east the 43rd advanced on Montparnasse Quarry. Tank support for the 13th and 38th would assure that these objectives were taken. 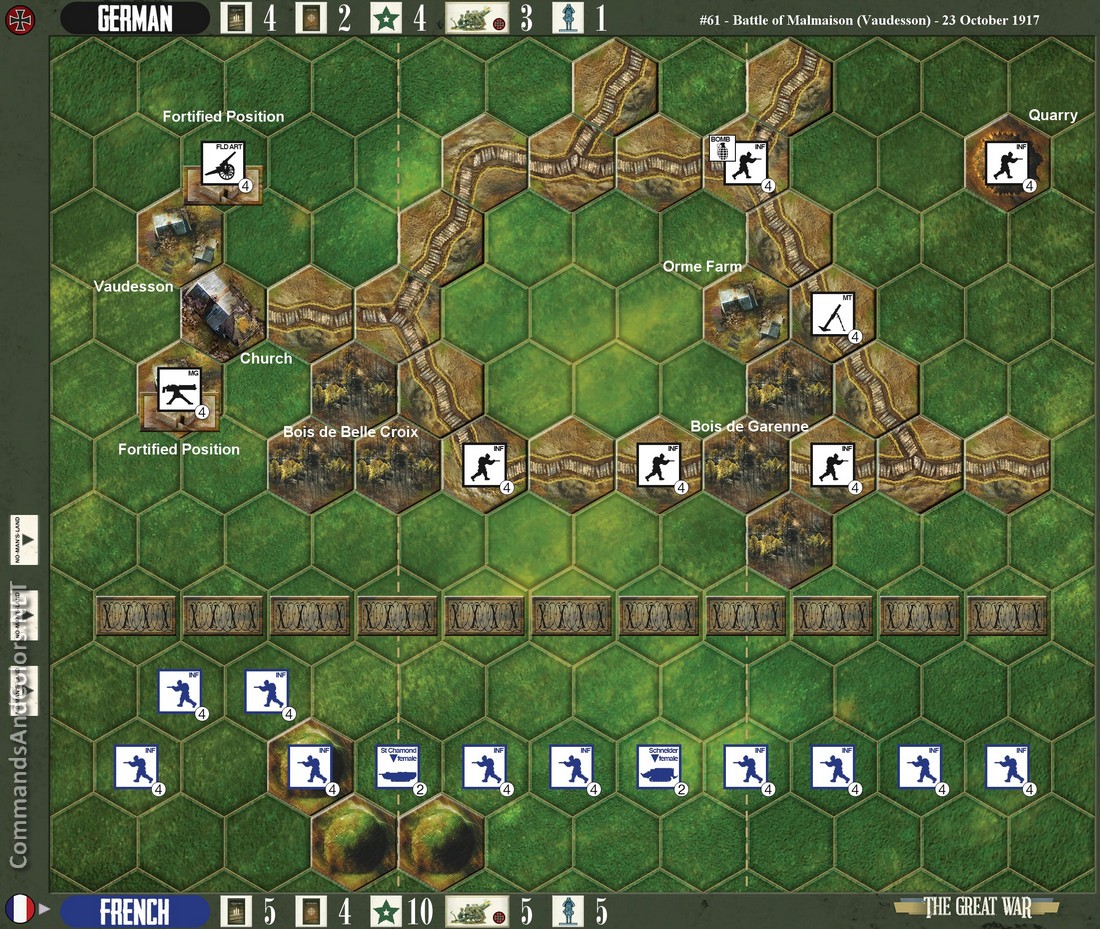