The 21st and 20th Chasseur Battalions of XXI Corps met little opposition as they advanced. Vaurains Farm was captured with tank support and the eastern end of Lizard and Lady trenches were occupied by early morning. Once the 31st Chasseur Battalion stormed and took Malmaison Farm, the French were in firm control of the sector. 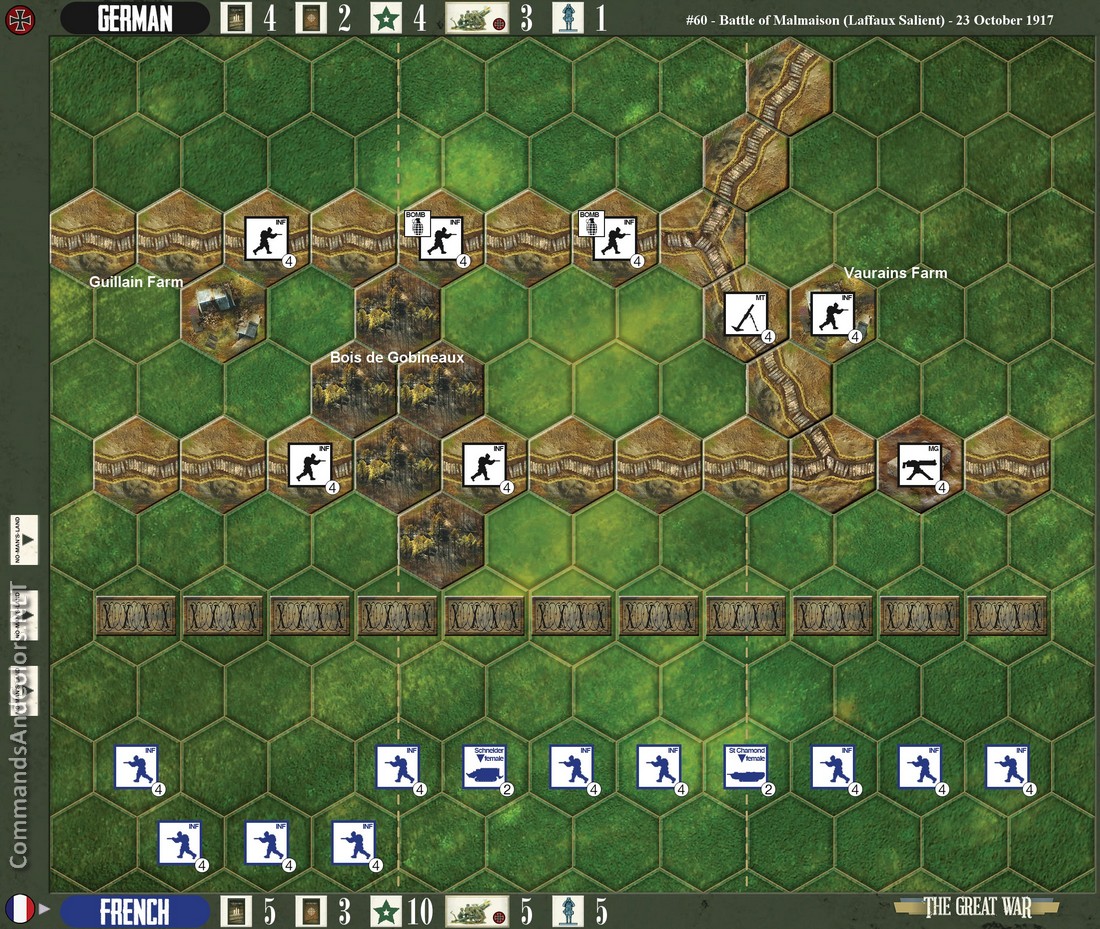