As the Nivelle Offensive drew to a close, the French command focused on the taking of limited objectives. On 5 May, the windmill at Laffaux, being used by the German artillery spotter, became the objective. The 4th, 9th and 11th Cuirassiers, who lost their mounts the year before, were to make the assault. These cavalry units, now acting as infantry units, were supported by tanks. 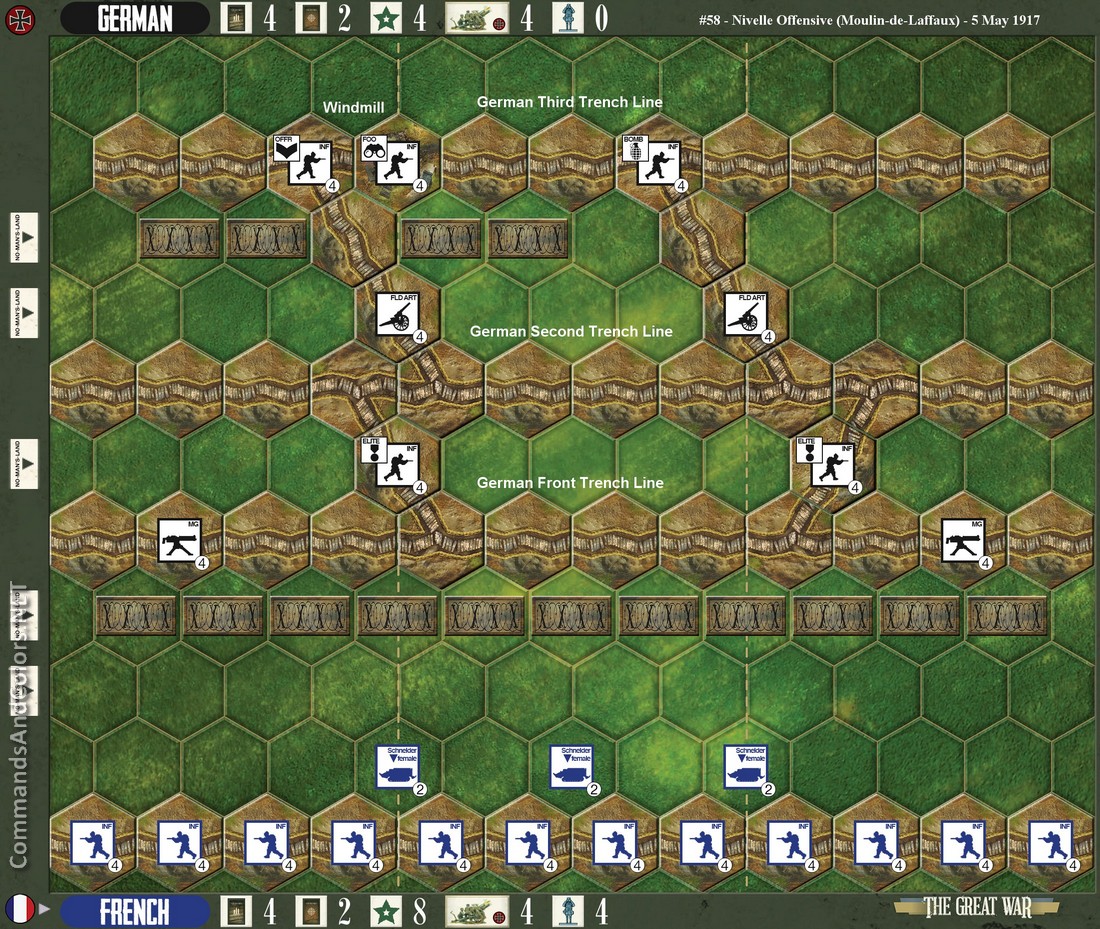