North of Berry-au-Bac, the French tanks succeeded in crossing the first two German trench lines. Advancing on the third line, a direct hit on the group leader’s tank “Dare-devil” did not prevent the remaining Schneiders from pushing onward through a narrow valley toward the third line of German trenches. Now in plain sight of German batteries on the surrounding hills, the tanks waited for the French infantry. The French infantry, weakened from the attacks on the first set of trenches, were unable to quickly follow up. In the early evening, however, fresh infantry units finally arrived and, together with the tanks, conquered the third German trench, marking this as the high tide of French progress during the entire operation. 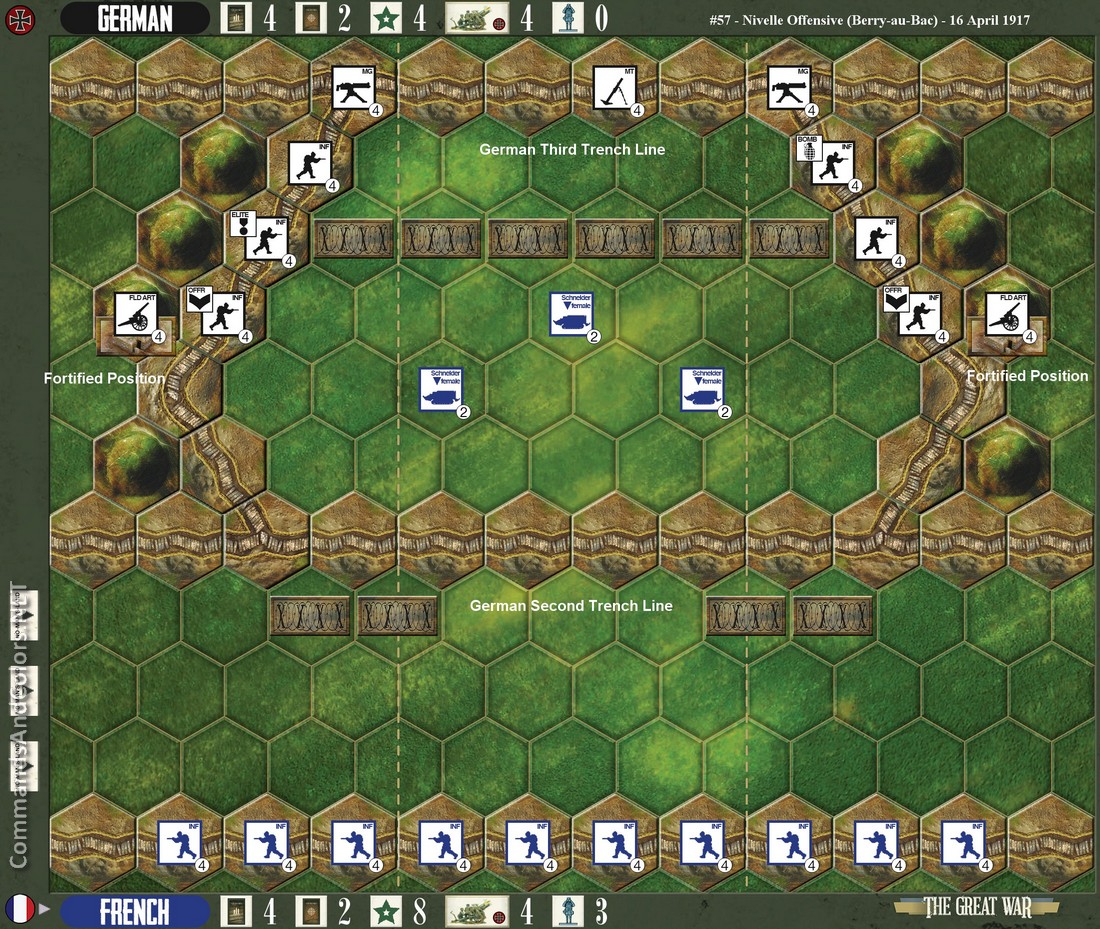