During the attack on 4 April, just north of the farm of La Folie, the Germans could not hold and were pushed out of their defensive positions. In their haste to gain safety, a number of German artillery pieces were abandoned and a store of supplies were left behind. The French had attacked in intense cold and driving rain and the captured supplies were needed and welcomed. 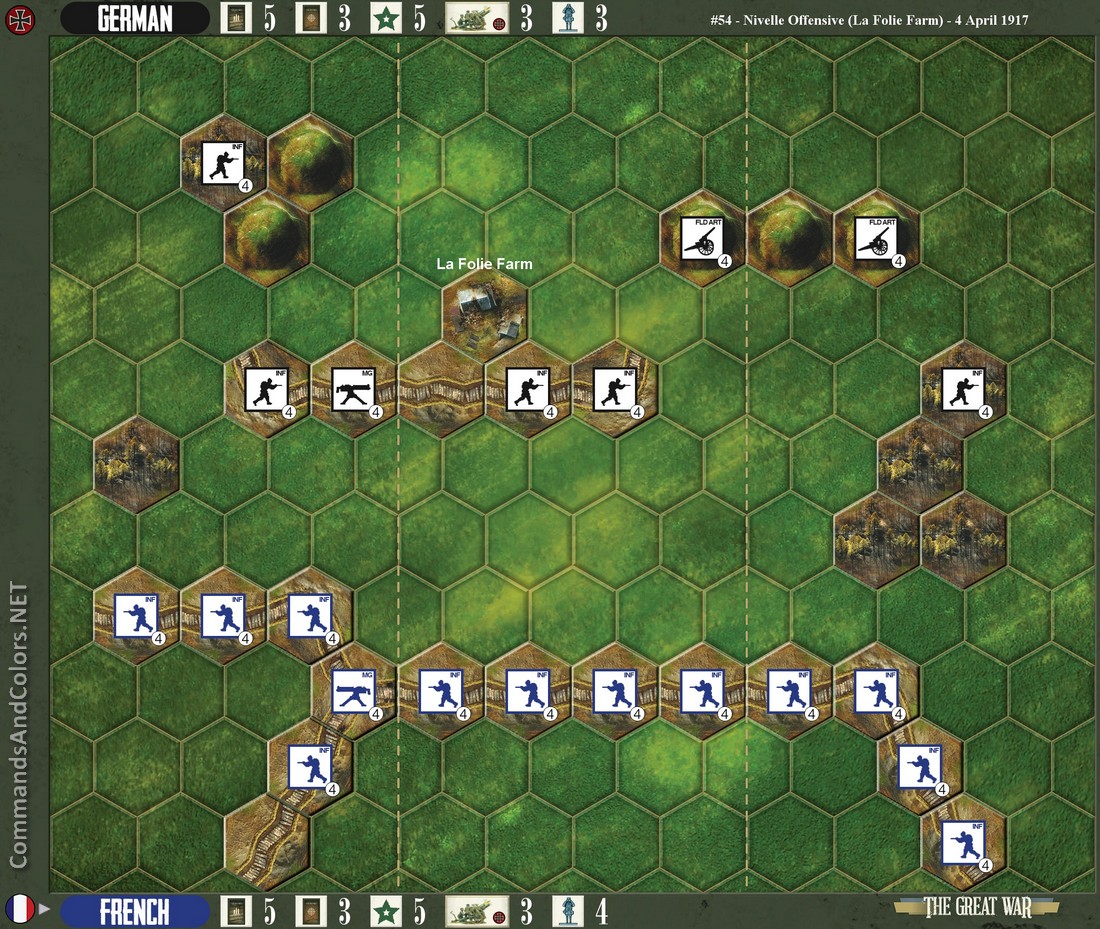 Clexton27 replied the topic: #1108 1 year 6 months ago
Actually when looking closer at the map in the rulebook, I noted that there is also a farm building under the German Machine Gun position. www.dropbox.com/s/imomqngt1w53p4k/Screen....44.43%20AM.png?dl=0

Mark McG replied the topic: #1103 1 year 6 months ago
The French forces gain 1 Permanent Victory Medal at the start of their turn for each farm (building hex/ building rubble) occupied. Place the French medal on the hex.

Seems to me there is only 1 such building, La Folie Farm itself.
Read More...