By the morning of 30 November, German High Command had assembled twenty divisions and were poised to counter-attack. All along the line, the Germans put into practice new methods of fighting, which consisted of infiltrating the enemy’s lines with small groups of highly-skilled and heavily-armed soldiers, developed by the field commander Oskar von Hutier. In the south, German Gruppe Busigny, between Banteux and Villers-Guisian, pushed back the undermanned British III corps. To stop the German onslaught at Gouzeaucourt, British tanks and the Guards Division were ordered forward. But else where, as the Germans drove deeper into the British lines, British command structure broke down. The German counter-attack was so effective that by December 3rd, Haig gave the order for the British units still near Cambrai to withdraw and all the gains, which had been won in the initial stages of the offensive, had to be abandoned. 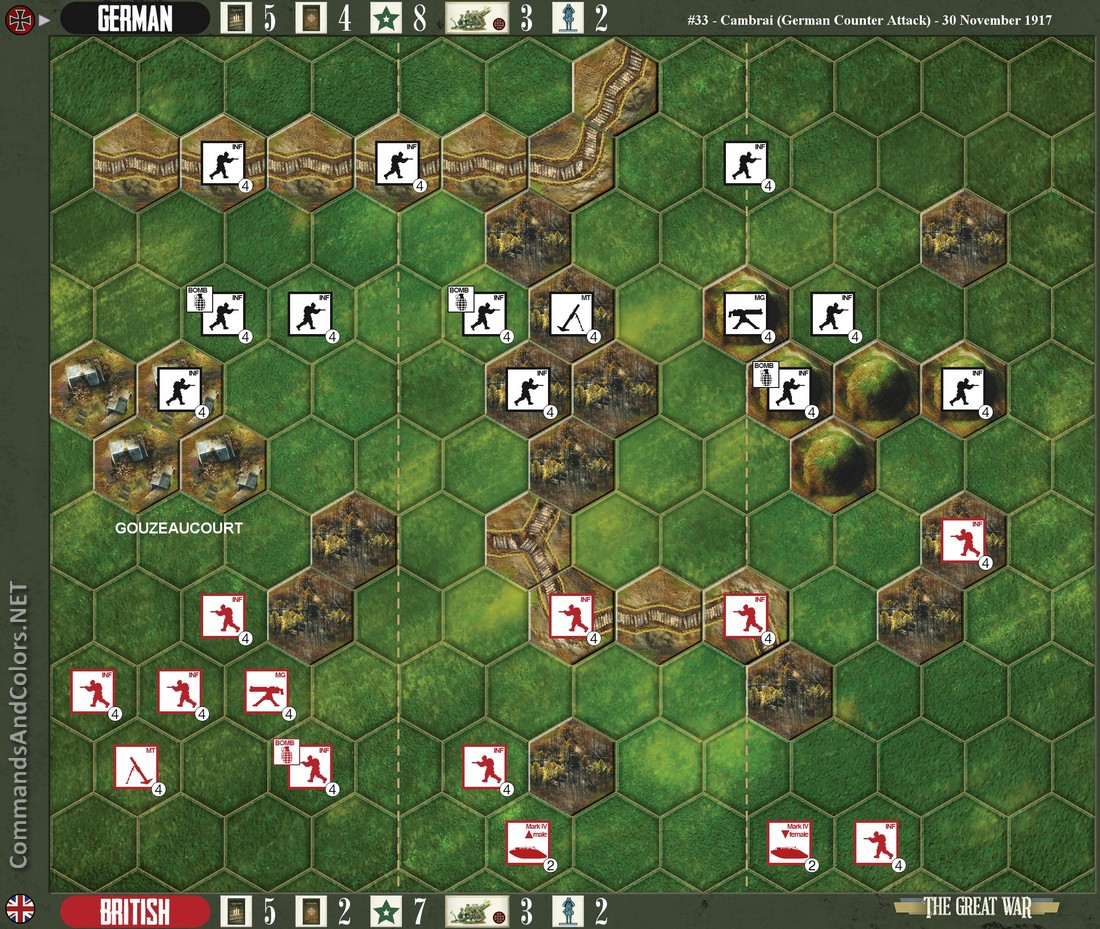