Capturing the bridges at Mesnieres and Marcoing was critical to the British plan. The British captured the bridge at Marcoing intact, but at Mesnieres, the advancing British troops were less fortunate, as the bridge had already been blown. An attempt by a tank to still cross it led to both bridge and tank crashing down into the canal. The British infantry at Mesnieres, however, found a safe crossing via a footbridge and continued their advance. To the east of Mesnieres, the fortified farm of Mon Plaisir was quickly captured and a German counter attack to regain the farm repulsed. While behind Marcoing, the Germans had formed a new defensive line, but instead of moving to engage, the British tanks choose to stand off and fired on the position. The Germans recognized the importance of the British move, but lack of strength in their counter attacks allowed the British to hold strong. 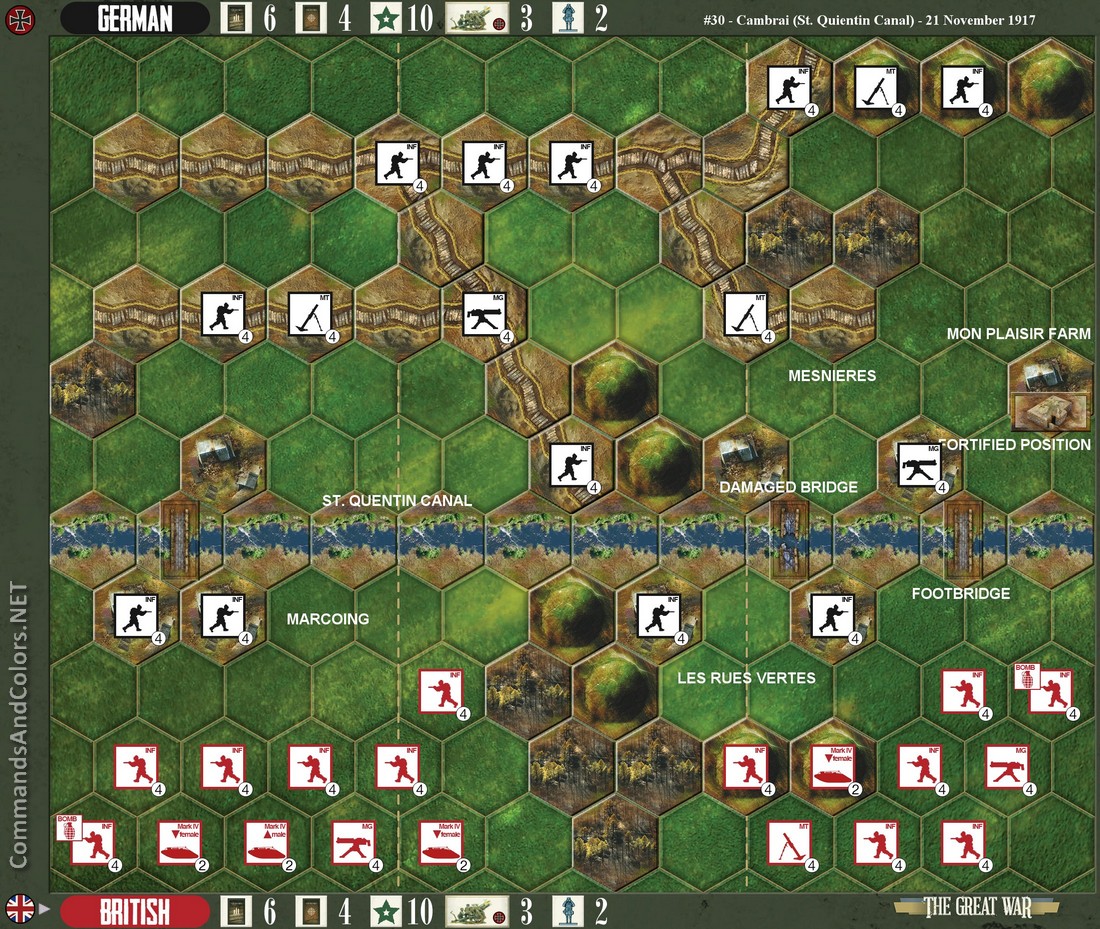 Mark McG replied the topic: #921 2 years 6 months ago
Should be 3 Special Personnel each
Right side tank should be male

Achtung Panzer replied the topic: #720 4 years 3 months ago
Presumably Mom Plaisir farm does not count as a building hex for the purposes of the Turn Start Temporary Majority Medal Objective? Otherwise there are 8 building hexes.