Both leading brigades of the 51st Highland Division, after overcoming the German front line machine gun positions, watched with high hopes, as their tanks were pressing on alone towards the crest of the Flesquieres Ridge. The Germans, on the other hand, had prepared a little surprise for the British, by dragging a number of field gun batteries into position on the other side of ridge. So as the tanks made the top of the ridge, the German guns opened fire. One by one the British tanks, as they attempted to turn around, were decimated. The British attack in this section, at this point, was stopped in its tracks. 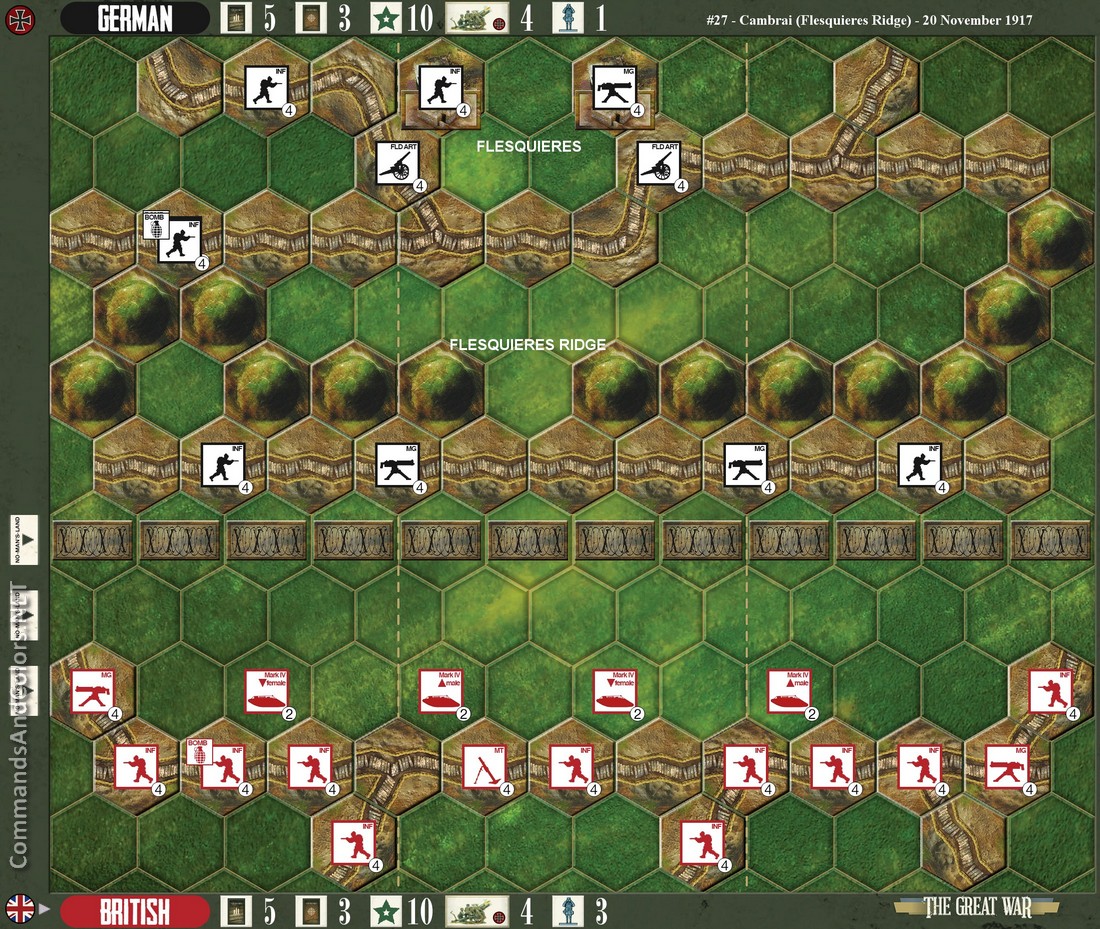