After a short bombardment, the 36th Infantry Brigade with Tank Battalion F attacked the German forward line of trenches, south of the village of La Vacquerie. The tanks had no difficulty crushing paths through the belts of wire in this sector and the infantry, that followed closely behind, confidently made their way through the narrow openings in the matted down beds of wire. Once over the first trench line, the tanks turned to the left, to rake the second support trench, while the infantry cleared the first trench of any remaining German resistance. 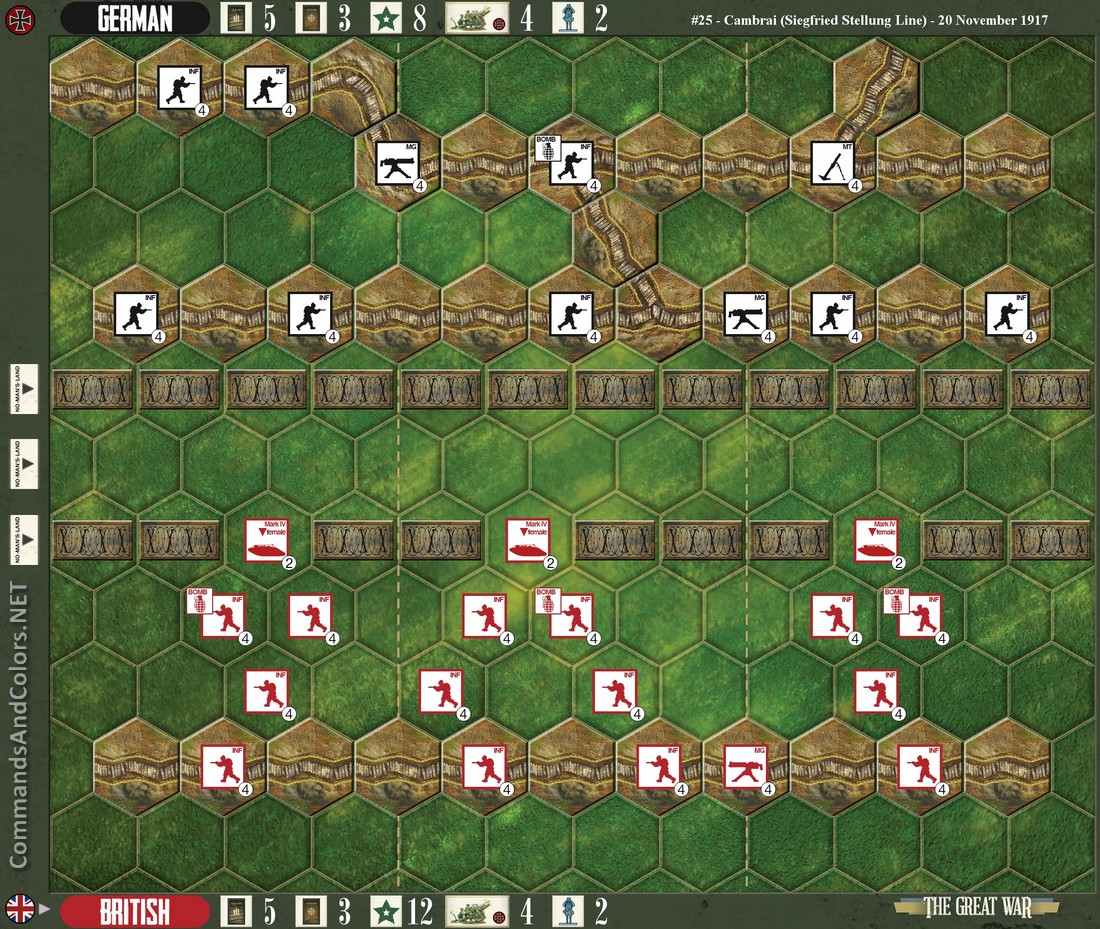 Mark McG replied the topic: #650 4 years 9 months ago
With the bombers you can swap the 4th figure rather than adding an extra. So 3 infnatry figurees spare.
Maybe add 5 mortar figures to make up the extra. I'd tend to swap 1 mortar figure with an infantry figure on the Infantry units in the open, likely enough German Artillery will rectify the problem quite quickly.

Asroc2000 replied the topic: #649 4 years 9 months ago
This scenario appears to require 14 British Rifle Squads yet the game only comes with 12.
Read More...