General Herbert Plumer’s Second Army, on 7 June 1917, attacked Messines Ridge, a natural stronghold southeast of Ypres and a German salient since late 1914. Plumer had begun plans to take the position a year earlier and authorized the laying of 22 mine shafts underneath German lines all along the ridge. Prior to the attack, a fourteen day bombardment of the German lines was followed by the detonation of 19 mine explosions, which dazed the German defenders. Nine divisions of infantry, along with British tanks, then advanced against the ridge.
Plumer’s plan for limited successes, rather than a significant breakthrough, saw all of the initial objectives taken within three hours. 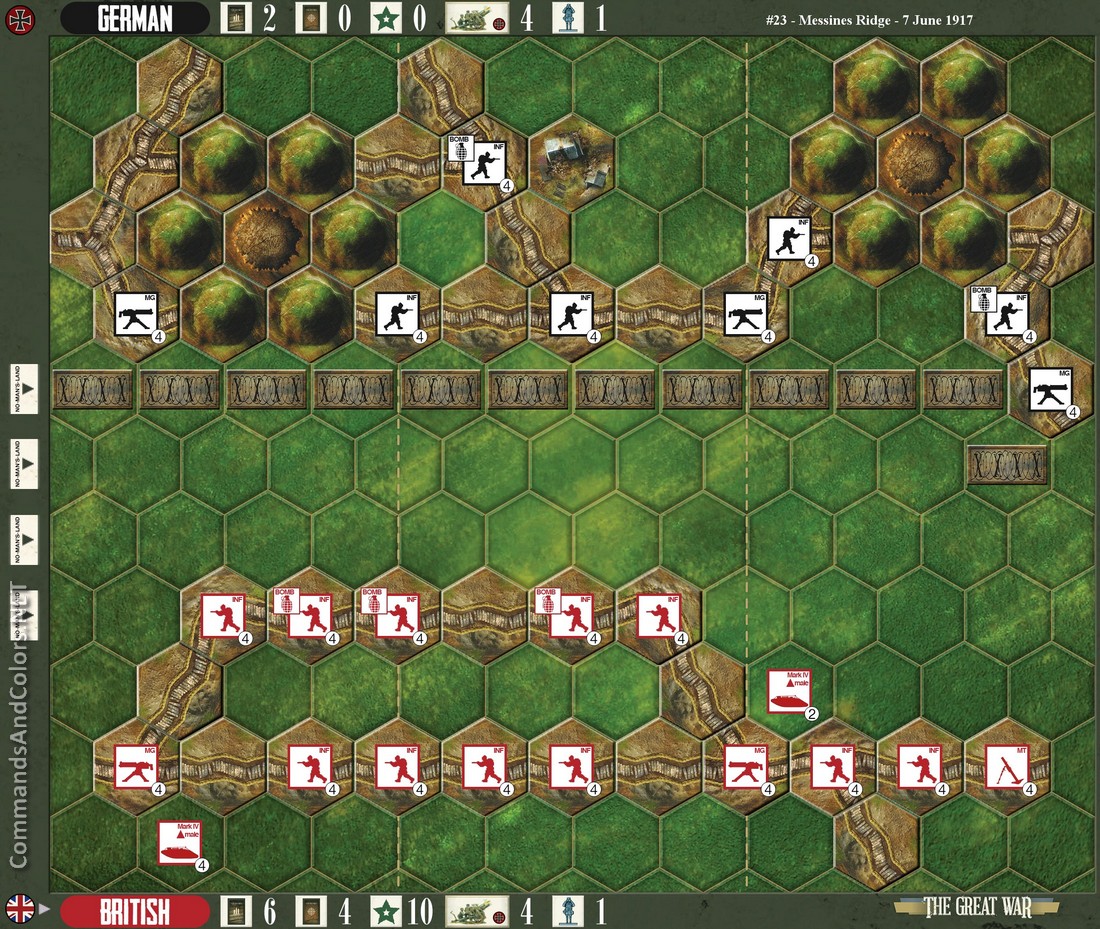 Hope to get some "response" in next play of our "1917 scenarios campaign".

Mark McG replied the topic: #608 5 years 3 weeks ago
this is a awfully tough one for the Germans. Miracle dice needed.
Read More...