On 1st July 1916, the 7th Division was preparing to capture the small village of Mametz, using a large assault force of 5 battalions. From left to right, these were the 2nd Border Regiment, 9th Devonshire Regiment, 2nd Gordon Highlanders, 1st South Staffordshire Regiment and the 22nd Manchester Regiment. Mametz, however, like so many villages at the Somme, had been turned into a fortress. Also, in front of it, lay the main German front line, with a secondary system of trenches immediately surrounding the village. By early afternoon, however, the Germans had been pushed back from their front line and fighting was taking place around the village. British Artillery renewed its efforts against the village and shortly after, Mametz had fallen. The Division ended the day by consolidating its position in and around the village. 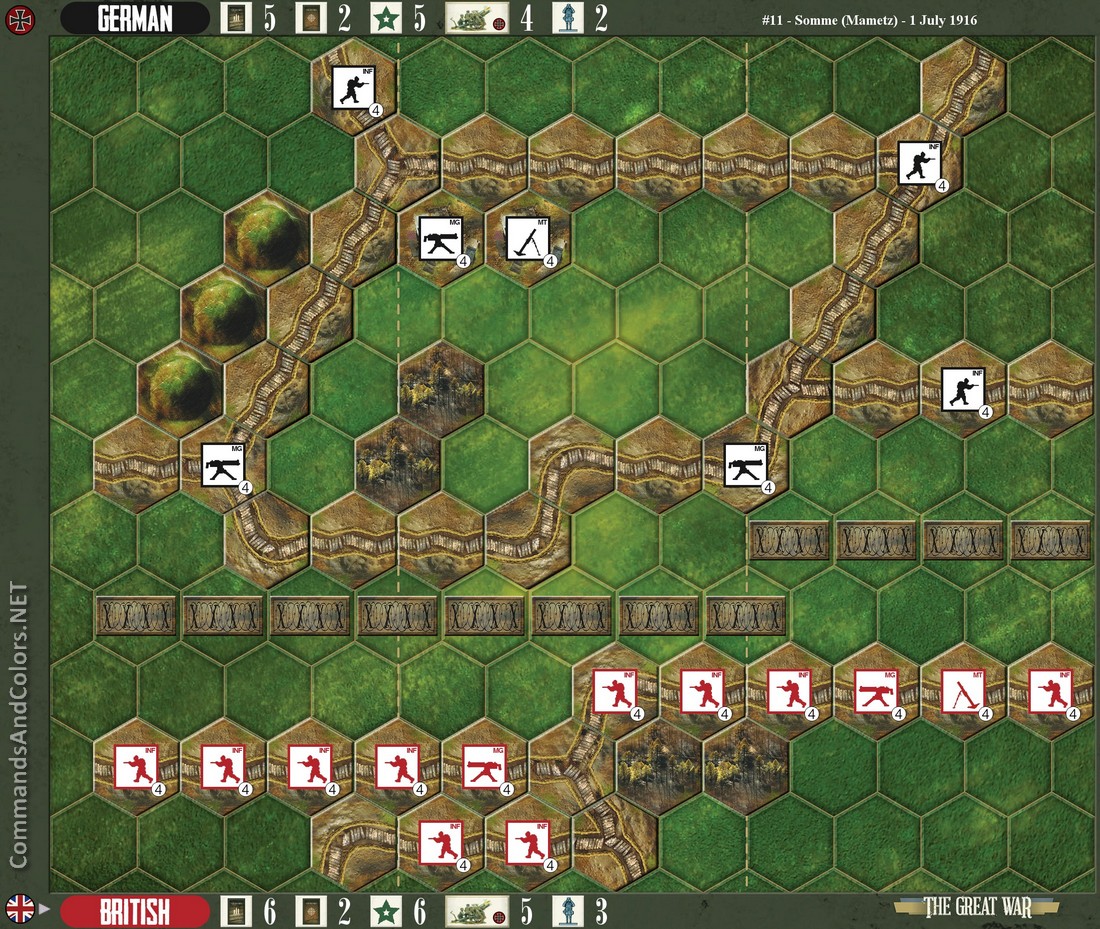