The 8th and 34th British Divisions objective was the town of La Boisselle. The 8th Division attacked from the north, up Mash valley between Ovillers and La Boisselle, while the 34th Division moved up Sausage valley and flanked La Boisselle from the south. Two large mines were set off to open a gap in the German defenses, but the mines, and the week long British bombardment preceding the attack, had little effect on the Germans. As soon as the bombardment lifted, the Germans returned to their trenches and the British advance met with disaster, as most of the land they were crossing provided little cover. Some of the German trenches were gained, but the town of La Boisselle was still under German control at the end of the day. 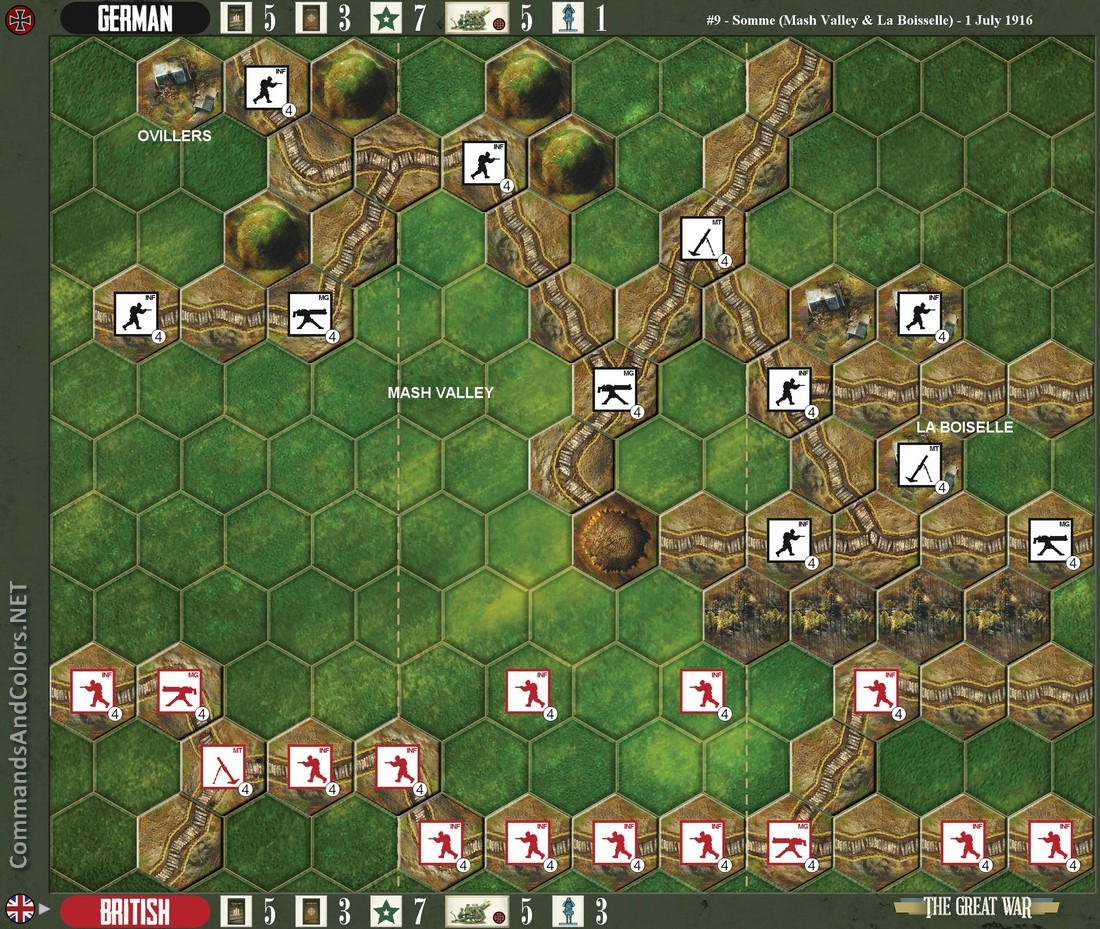 alecrespi replied the topic: #615 5 years 2 weeks ago
British won 7-2
Quite unfair lose for the German, because British side ended up with 4 units with a single figure/miniature (would have been easy points for the enemy).
Lucky "no mans land" roll creating a lot of shell craters on the country terrains.
Good start for the British with a run/rush to the enemy MachineGun in the middle of the field.
Intense battle even on the left forest.
Last 2 easy point for the British were both Temporary VP for capturing enemy trench and mine crater.

Mark McG replied the topic: #319 6 years 2 months ago
Tough scenario for the Huns. So many different types of Victory Medals available to the British. Without Recon cards, the Germans have no answer to the British Medal haul.