The initial plans for the battle of the Somme were much larger, but the French disaster at Verdun, early in 1916, caused these plans to be scaled back. This meant that the majority of the offensive effort would switch from the French to the British army. A week long, British bombardment, preceded the attack and early on 1 July, large mines that had been placed under the German lines were set off. At Beaumont Hamel, after the mine explosion, the British 29th Division moved forward to capture the mine crater. In addition, an attack was launched from a sunken lane. The Germans, recognizing the importance of the crater, also rushed troops forward. Fierce fighting took place all around the crater and woods, but running low on ammunition British resistance collapsed and the survivors returned to the British lines. 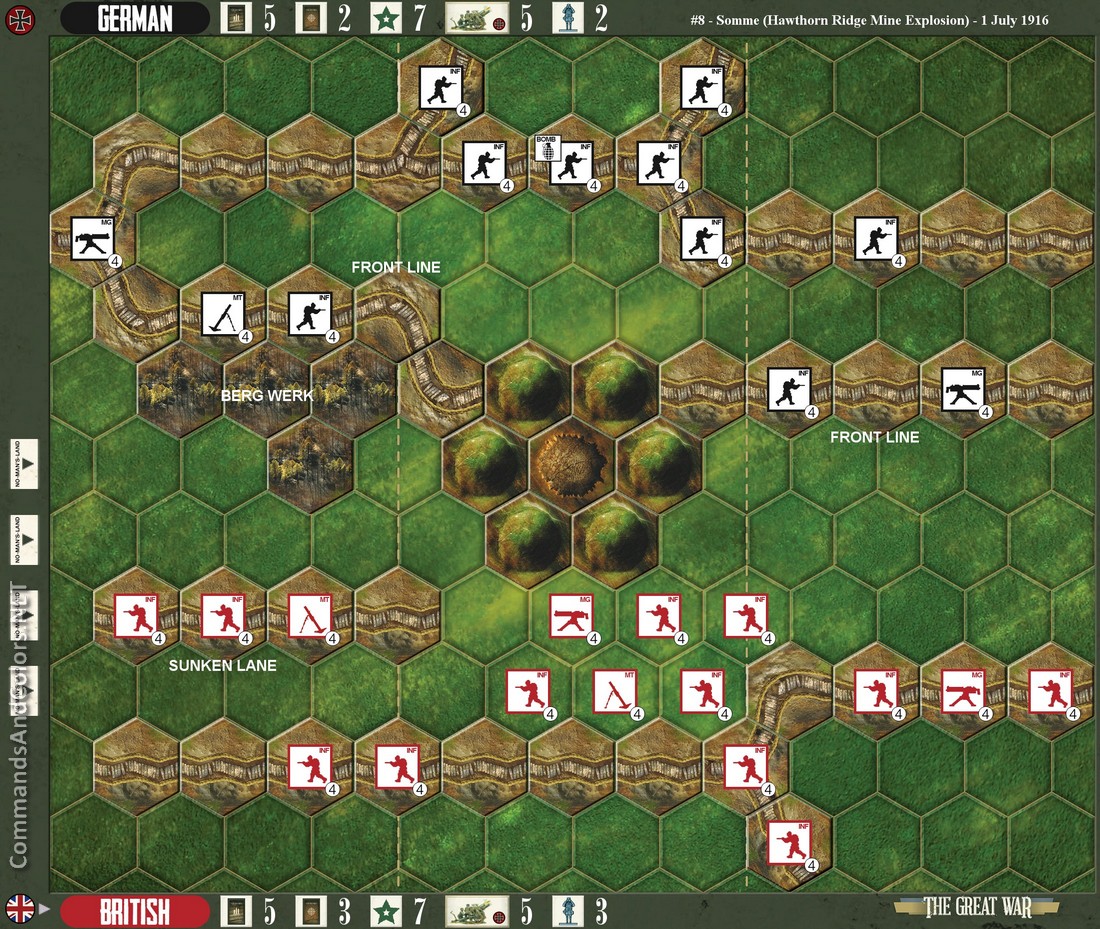 alecrespi replied the topic: #614 5 years 6 months ago
It's been intense with Germans conducting the game 5-4, but an English rush to the central hill (Temporary Victory Banner) and some lucky rolls made the difference.
Final result: 6-5 for the British side.
Read More...