With the withdrawal of most of the German artillery to the Somme, the French attack to recapture Fort Douaumont had artillery superiority and was aided by two heavy 400mm rail guns. The fort was evacuated on 23 October after being hit a number of times by the monster shells of the rail guns. During the bombardment of the fort the French infantry regiments had pulled back from their frontline trenches. When orders came to attack on 24 October, the French units near the fort found their startline trench was occupied by German units that had evacuated the fort. Both Douaumont village and fort, however, were taken by the end of the day. On this day the French had regained what had taken the Germans over four months to conquer during the Battle of Verdun. 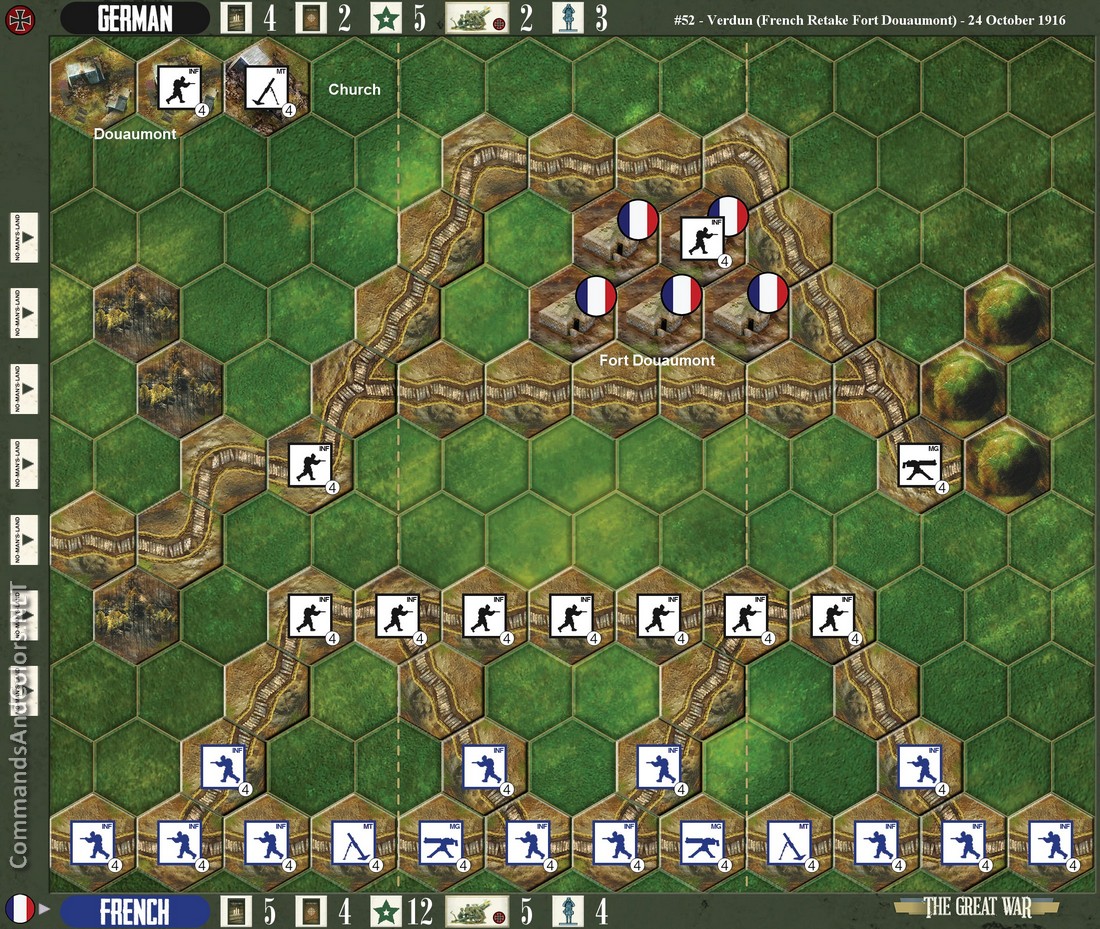