Having taken Vaux, the Germans had only one more French defensive line to breakthrough. However, the German army had already started to feel the effects of the Allied offensive in the Somme, as artillery and men were being transferred to this new front. Still, on 23 June the Bavarian Guards stormed into Fleury and the French responded and rushed forward reserves to meet the attack. A French strongpoint just to west of Fleury was able to enfilade the German advance, and this along with the French artillery managed to slow the German attack. Although the French line was stretched thin, the French managed to hold and the initial German assault was stopped. 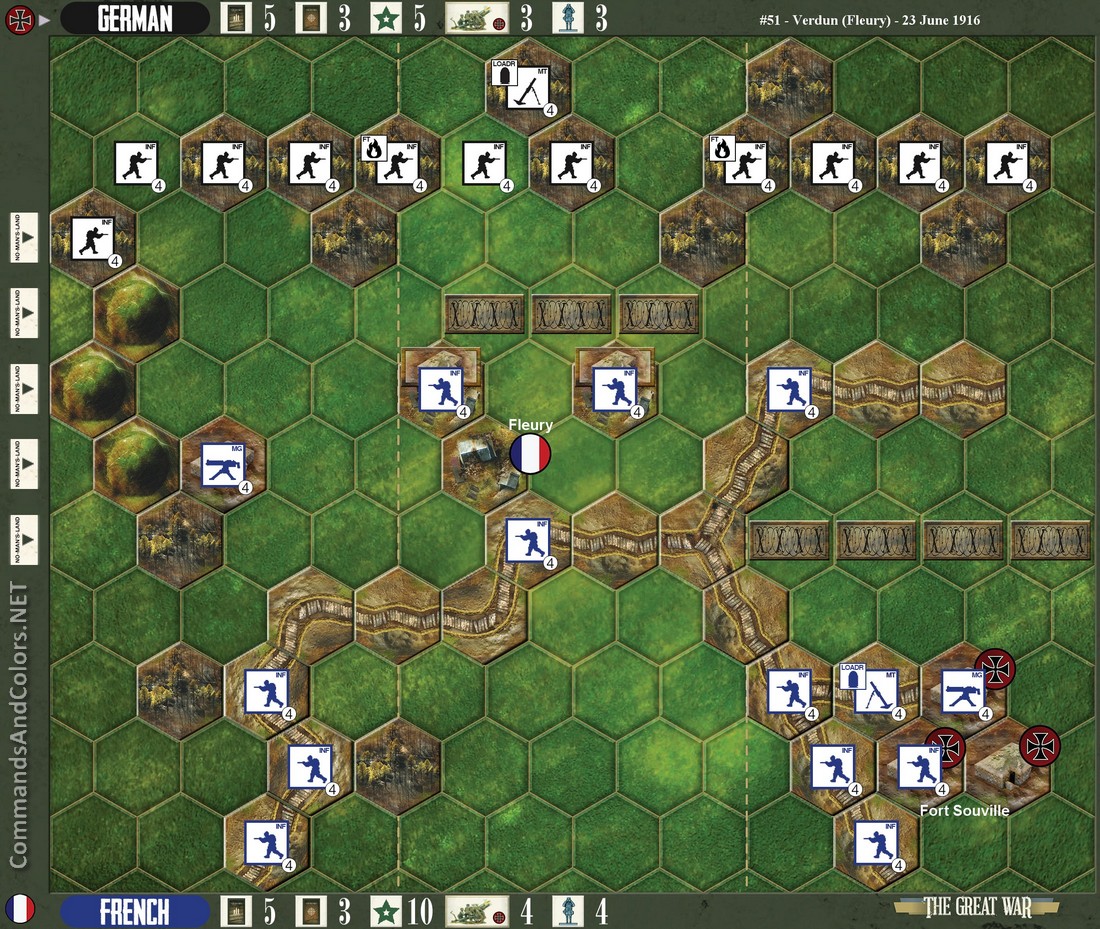