The Germans artillery had constantly pounded the area around Fort Vaux since the beginning of the offensive. Yet, the fort was still controlled by the French under the command of 49-year-old Commandant Raynal, when on 1 June, the Germans made another strong attempt to take the fort. Surrounded and with water in short supply, Raynal’s pleas for a counter offensive against the German attack were finally answered. On 6 June the relief effort went over the top. The French attack, however, failed and shortly after, Raynal’s French were forced to surrender. An ill advised plan to retake the fort the following day also ended in failure. 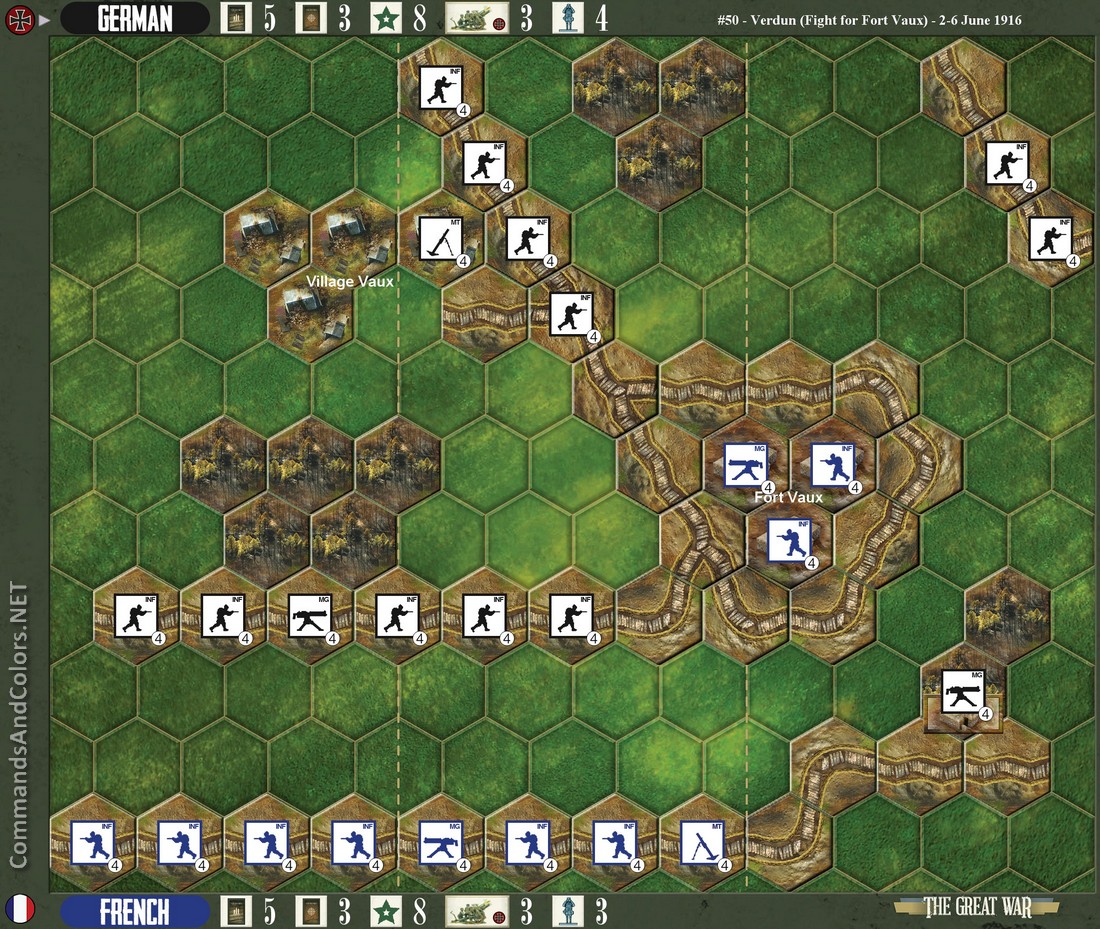