All direct attacks toward Hill 304 had been a costly failure. Therefore a plan to outflank the position was proposed and on 20 March, after a lengthy bombardment by trench mortars, General von Kneussl’s 11th Bavarian and 11th Reserve divisions attacked Malancourt and Bois de Malancourt. The attack against the woods was successful, however, the French remained in control of the village at the end of the day. German forces then paused, as another big bombardment was prepared for the next day. On 22 March, the two divisions moved on “Termite Hill” near Hill 304, but the advance was met by a massive French artillery shelling, which ended the German advance. 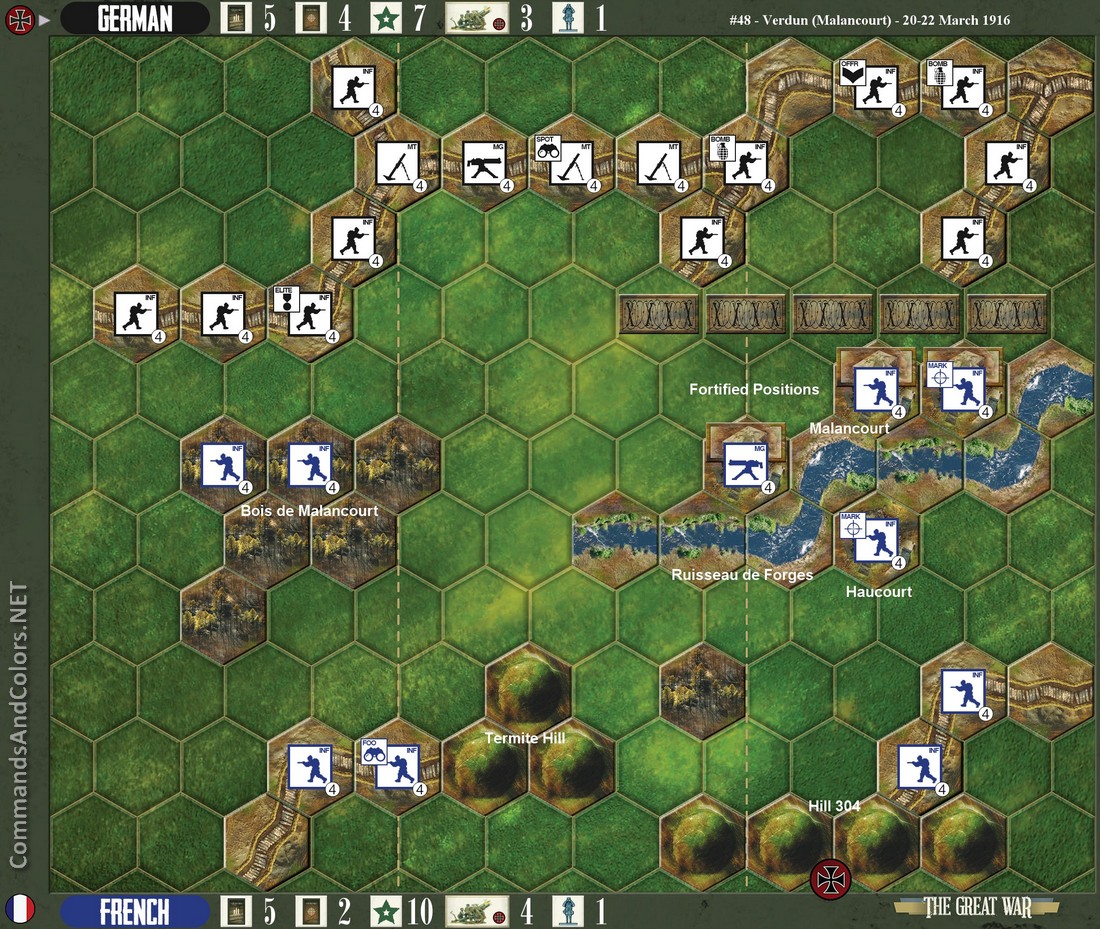