On 7 March the Germans renewed their attack on the right bank of the Meuse, which coincided with the attacks against the French positions on the left bank. The German objective was Fort Vaux, but first the 408th and 409th German Regiments would have to overcome the French defense in Vaux Village and a number of French strong points. After almost 24 hours and many assaults, the village was finally taken. Too weak after taking the village to press on against the fort, it would take the Germans until the end of the month before the fort would be taken. 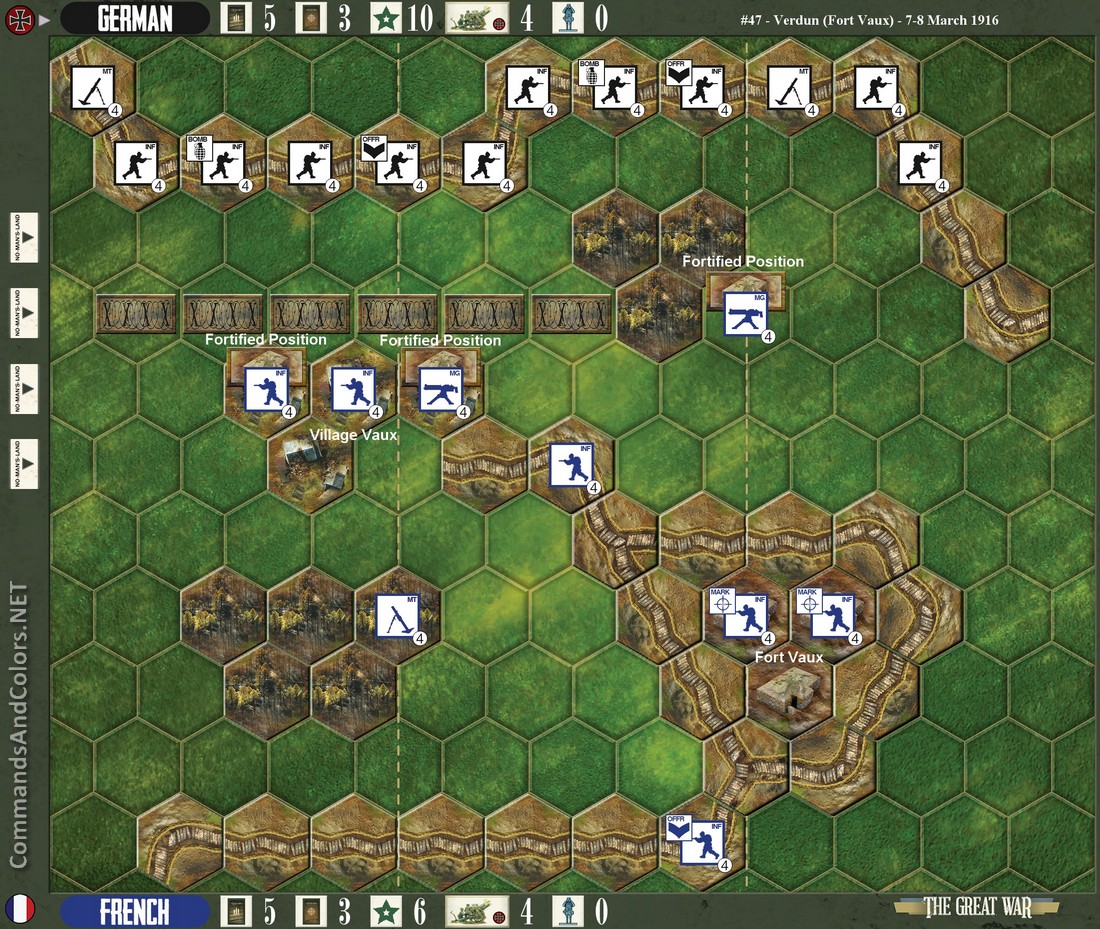