In late February, after an early thaw and the arrival of French reinforcements, the German advance began to stall. In addition, the Germans had gone beyond the range of their artillery covering fire and were now in range of the French artillery west of the Meuse. Realizing something must be done, Falkenhayn laid out a plan to attack across the Meuse. On 6 March the German 6th Corps launched its attack from Forges. After the capture of Bois des Corbeaux, their advance did not meet serious resistance until Cumieres. A bold French counter-attack succeeded in retaking the woods on 8 March, but the French were themselves counter-attacked and thrown back again. 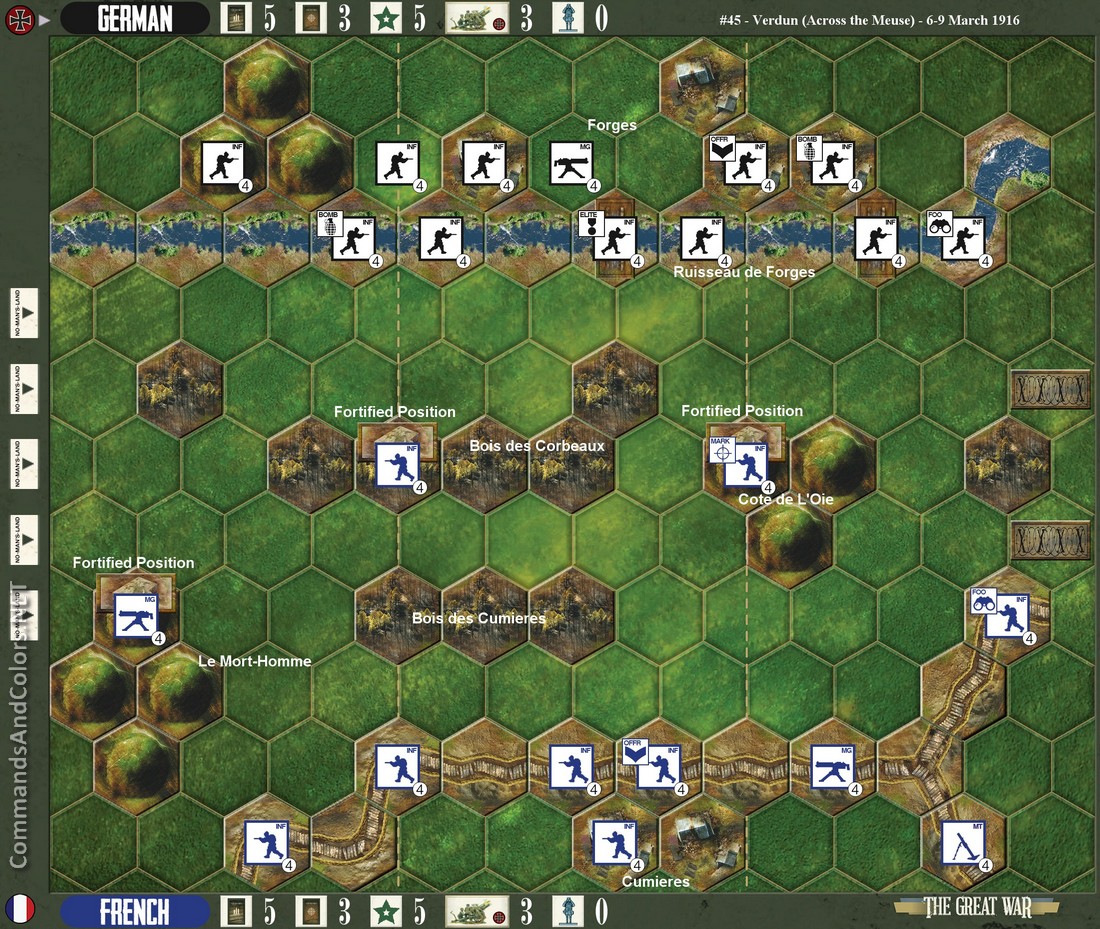