Fort Douaumont dominated the northern approach to Verdun and was touted to be worth 100,000 men in pre-war propaganda. But by the time the German attack reached the Douaumont sector, most of the French infantry had been pulled from the fort to reinforce Beaumont. Remaining in defense of the fort were Adjutant Chenot and a detachment of artillery. The German 24th Regiment, after pushing back the French 95th, broke into the fort and within minutes the French guns were silenced. Through the rest of the Battle of Verdun, the possession of the Fort Douaumont would become a matter of honor for both sides. 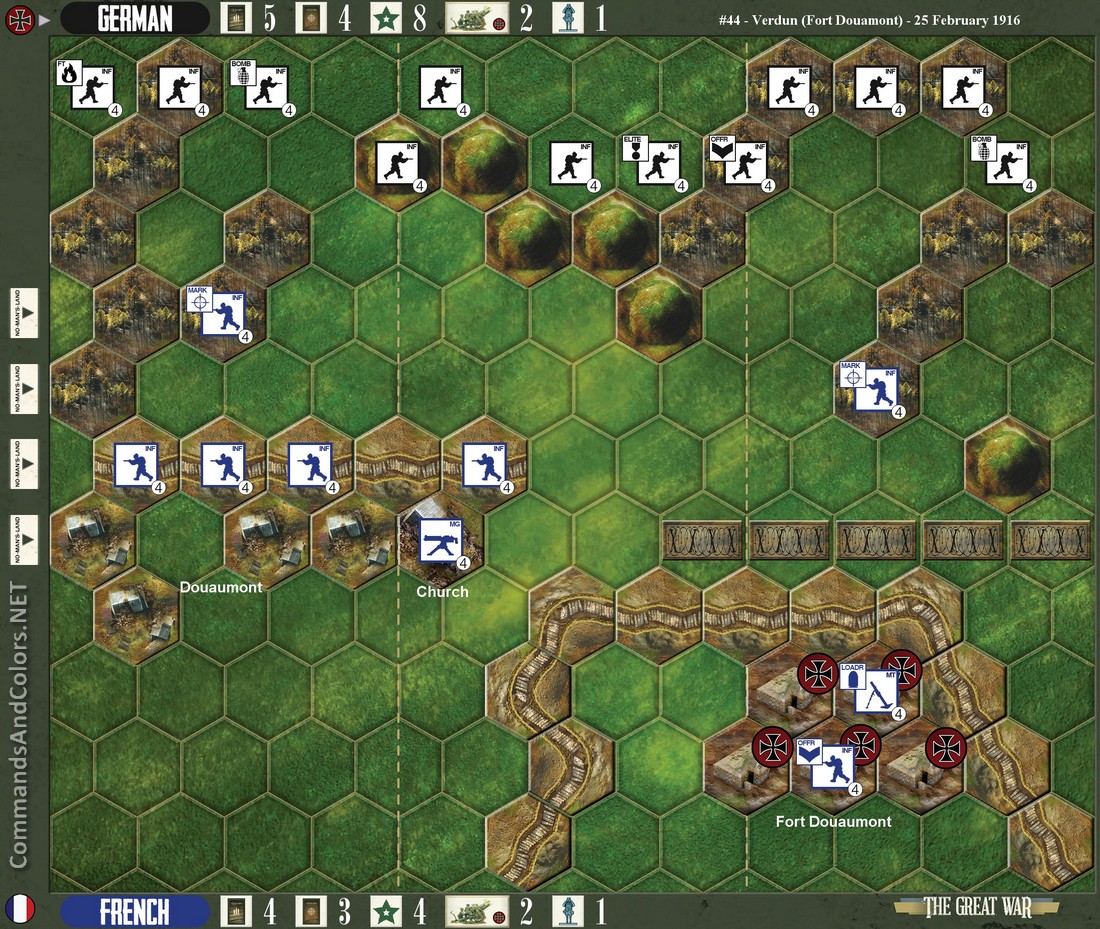 Mark McG replied the topic: #963 2 years 8 months ago
The Germans (and French) get one Special Personnel of their choice to add to a unit. The Tournament historical restriction is that the French can't choose a flamethrower.

The Spotter Icon is used a generic Special Personnel indicator, it isn't a Spotter specifically (and note that the Forward Observer uses the same figure pose).

mirkobruner replied the topic: #962 2 years 8 months ago
Germans have One Spotter Mortar But no Mortar Unit in this scenario. What Does that Mean? Is this an error? Regards.
Read More...