Fromelles was the first major battle fought by Australian troops on the Western Front. Directed against a strong German position known as the Sugar Loaf salient, the attack was intended primarily as a feint to draw German troops away from the Somme offensive then being pursued further to the south. A seven-hour preparatory bombardment deprived the attack of any hope of surprise, and ultimately proved ineffective in subduing the well-entrenched defenders. When the troops of the 5th Australian and 61st British Divisions attacked at 6 pm on 19 July 1916, they suffered heavily at the hands of German machine-gunners. Small parts of the German trenches were captured by the 8th and 14th Australian Brigades, but, devoid of flanking support and subjected to fierce counter-attacks, they were forced to withdraw. By 8am on 20 July 1916, the battle was over. The 5th Australian Division suffered 5,533 casualties, rendering it incapable of offensive action for many months; the 61st British Division suffered 1,547. The German casualties were little more than 1,000. The attack was a complete failure as the Germans realised within a few hours it was merely a feint. It therefore had no impact whatsoever upon the progress of the Somme offensive. 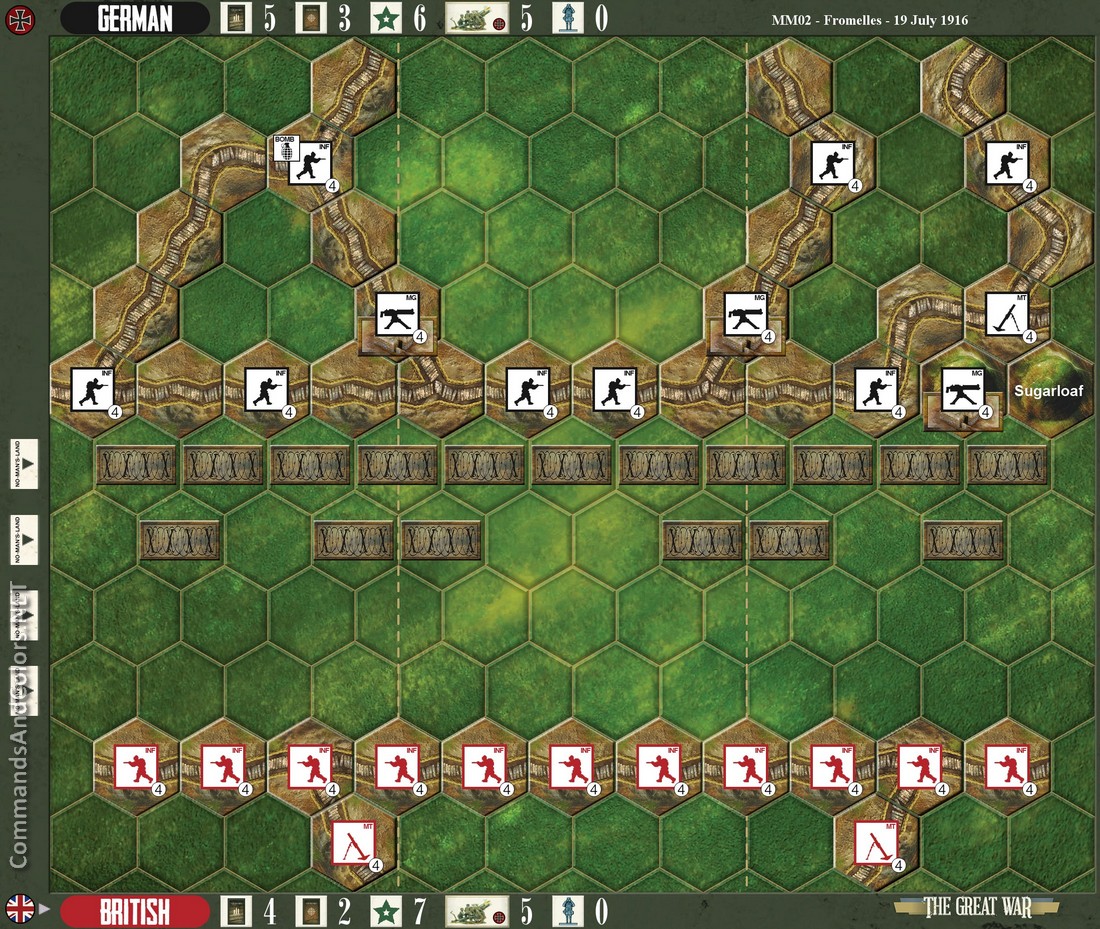 Achtung Panzer replied the topic: #783 1 year 7 months ago
Can you produce a .pdf for this scenario Mark?
Read More...