The combined French and British preliminary bombardment in the Montauban sector, unlike other sectors along the Somme front, had been highly effective. On the left of the 30th Division, the 18th Division had tunneled to within yards of the German front line, when a series of mines blew, creating a large crater at Casino Point. The British mortars, that had been brought forward, then opened up and the first German trench was taken rather quickly. However, as the British infantry began to move forward toward the second line of enemy trenches and the Pommiers Redoubt, the fighting was fierce. The Germans had taken up a strong defensive position and it was late in the day that the Germans were forced to retire. 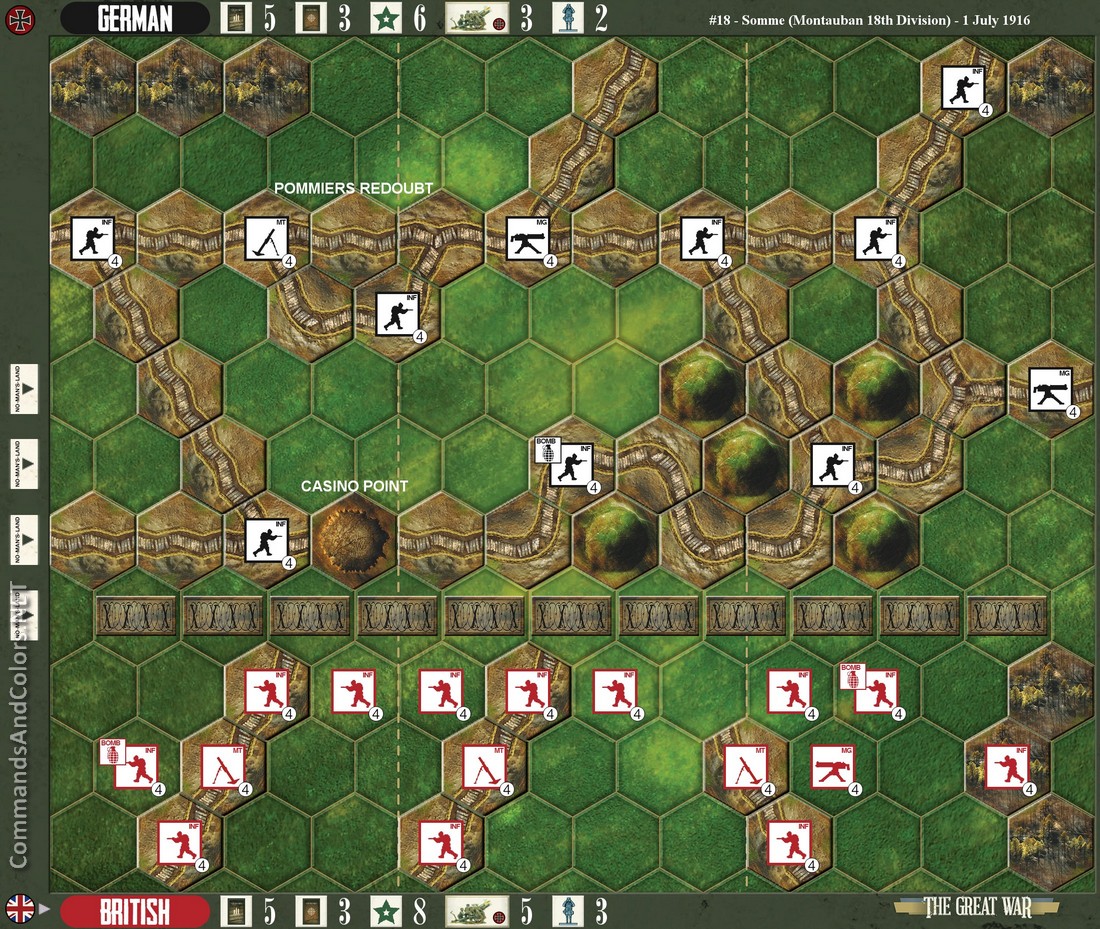