The combined French and British preliminary bombardment in the Montauban sector, unlike other sectors along the Somme front, had been highly effective. The 30th Division with the French XX Corps on their right, around 7:30am, advanced toward the German front trench line, through gaping holes in the enemy wire created by the artillery shelling. Once the first trench line was secured, the British troops again moved forward quickly under the cover of the relentless barrage from friendly artillery. About an hour later, they were preparing to attack the village. 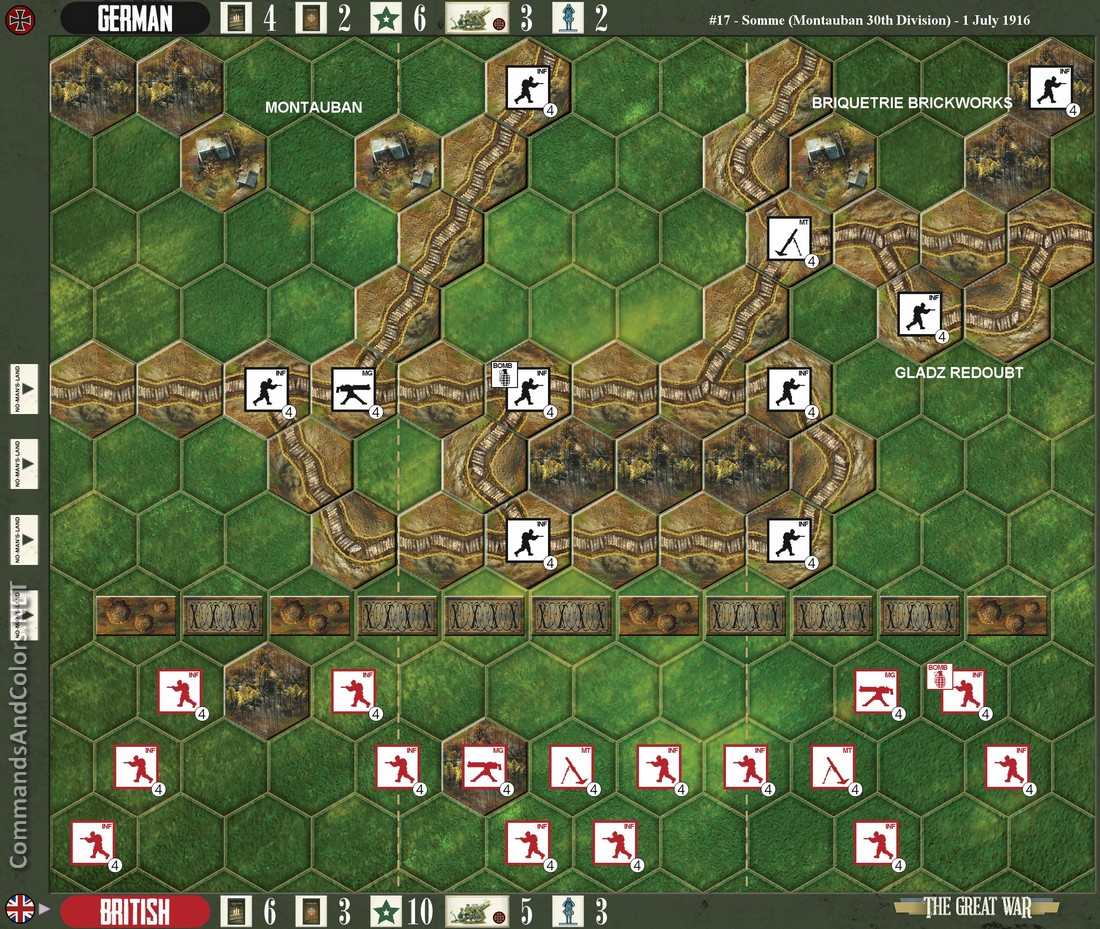