The third offensive mounted by the British, during the battle of the Somme, was significant because it was the first use of tanks in warfare.
The Mark I tanks were not ready for the first Somme offensive in July. But two and a half months later, when they did arrive, Haig quickly incorporated them into the 4th Army plan of attack. On 15 September, after struggling for almost two months to take High Wood and the Switch Line (a line of trenches that ran between High Woods and Flers), with tanks leading the way, these German positions were finally taken. Haig was now ready to execute his plan of opening a gap between Flers and Coucelette and completing his breakthrough. The advance on Flers and the surrounding area would, however, prove to be a difficult challenge for both the men of the British 41st Division and their new battlefield weapons. 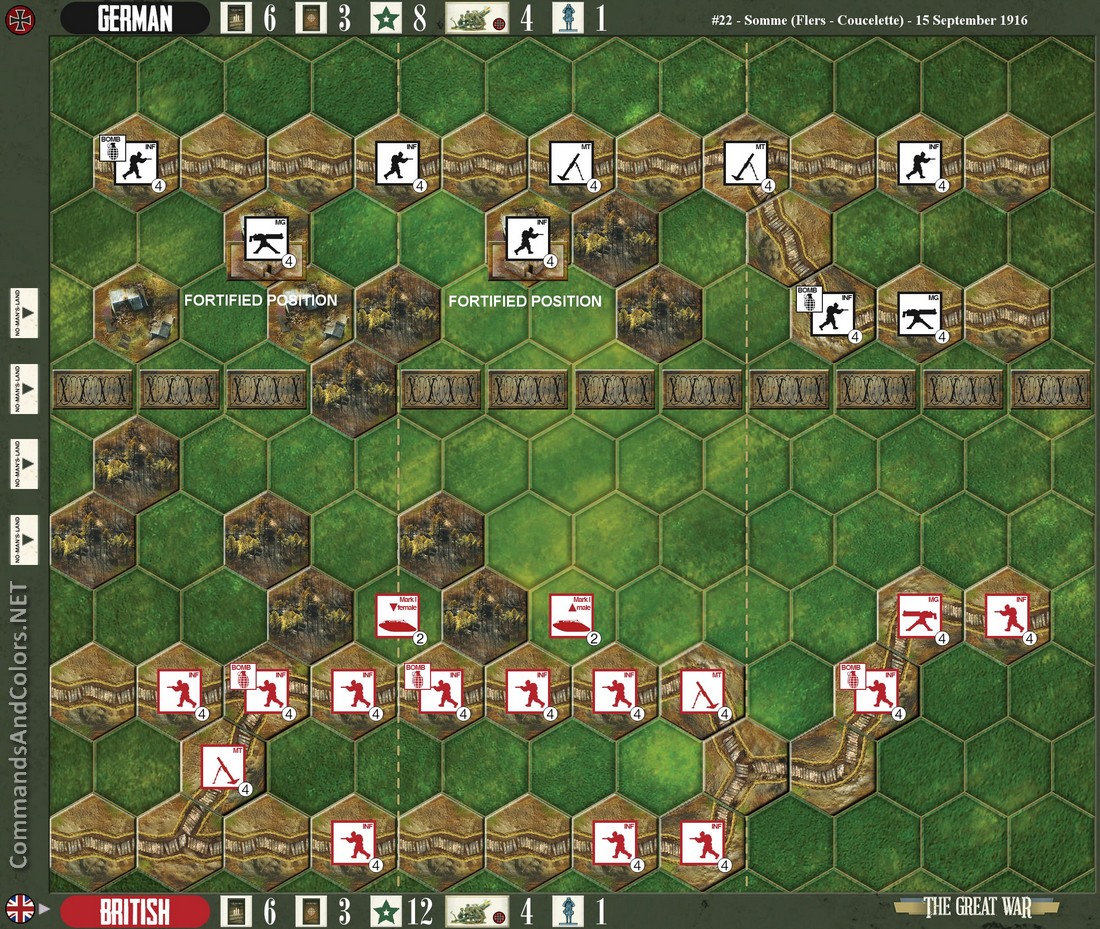 alecrespi replied the topic: #737 3 years 10 months ago
Played this one yesterday.
The German player starts the battle with 1 Medal (1-0).
In a couple of turns with both Mortar and Machine Gun barrage Germans managed to get 2 VP killing a Mark I female tank. (3-0).
Brits tried to advance on left and center area, pushing to the left and avoiding german Mortar and MG on the right.
A german lucky roll using a "First Strike" wiped out a brit infantry (4-0).
Another brit riflemen unit killed while fleeing on open terrain hex. (5-0).
British player feared german "recon card" (worth 1 VP for brits racing against time) all game long... but it never arrived.
Germans began to suffer lack of cards to be played or at least "not as useful".
British pushed all along on the left capturing fortified position, german trench and killing some infantry units with both tanks (close combat).
Final result: 4-6 for the British!

Card of the game: "Direct from HQ" who allowed British player to move every unit (pressing on the german fortified positions).
Read More...