This is a generic engagement for the recovery of a Western front strongpoint or fort. The French high command, particularly along the Verdun salient, were desperate for field artillery, which they would remove from strongpoints or forts, evacuating the complex altogether in some cases.
The political turbulence within the GQG made for some hasty and unsound decisions, leading to the German occupation of these abandoned strategic locations. It would take the effort of other Allied forces to recapture the positions, albeit at a ghastly price. This scenario is typical of a late 1916 or early 1917 attempt to do so. 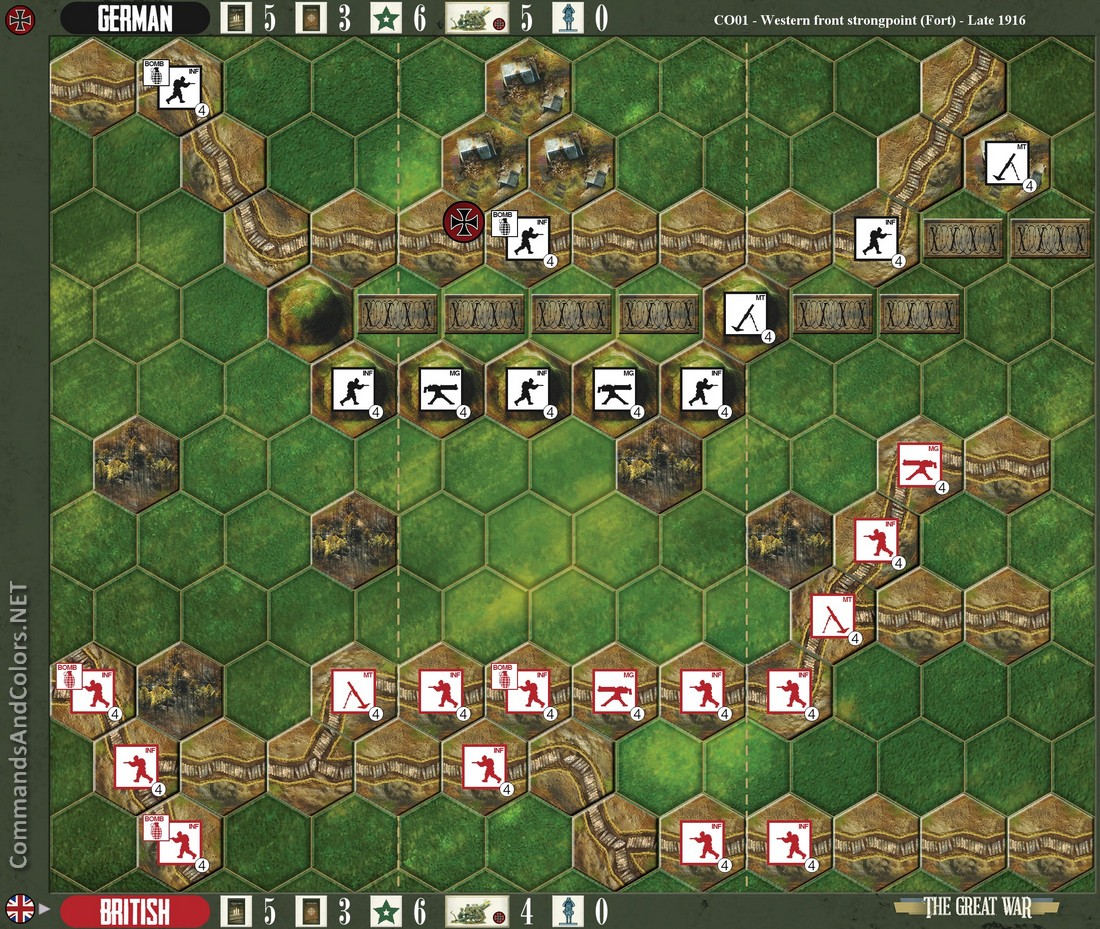