The Battle of Vimy Ridge was fought at the northernmost end of the Arras Offensive. Elements of the 4th Canadian Division, on the very northern flank, faced a number of logistic difficulties, which delayed the initial assault on “The Pimple” until 12 April. This was a lucky break for the German forces, for the delay allowed the 4th Guards Infantry Division to relieve the 16th Bavarian Infantry Division, which had received heavy casualties by the Canadian preliminary artillery bombardment. The Guards managed to drive back the initial Canadian assault around 4:00 am, but the second attack at 5:00 am met with better success. The 10th Canadian Brigade with significant amount of artillery support and assistance from the 24th British Division from the north, allowed the Canadian troops to break into the German positions and capture the entire Pimple by 6:00 pm. 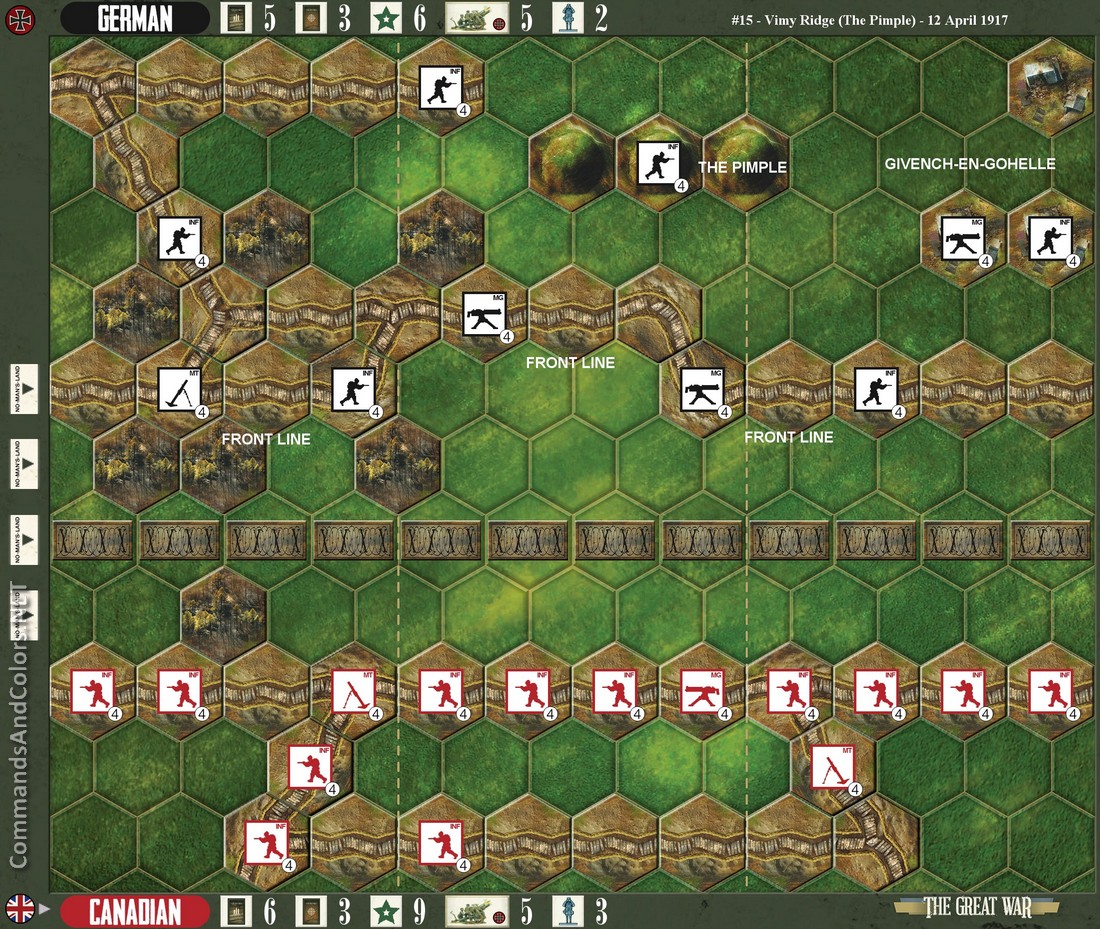