In hindsight, Mametz Wood could probably have been taken on July 1st, but the 7th Division operational orders did not specify such a forward advance. Regrettably, it was not until the 7th of July, that two British Divisions began a pincer attack on the Wood. The 17th (Northern) Division attacked from the west and the 38th (Welsh) Division from the east. By the time of the attack, however, the German Prussian Guards had reinforced the Wood, stretched wire and expanded the trench system. The British attack was met by withering machine gun fire and would peter out before making any headway into the Wood. Three days later, the two Divisions again would be ordered to take the Wood. 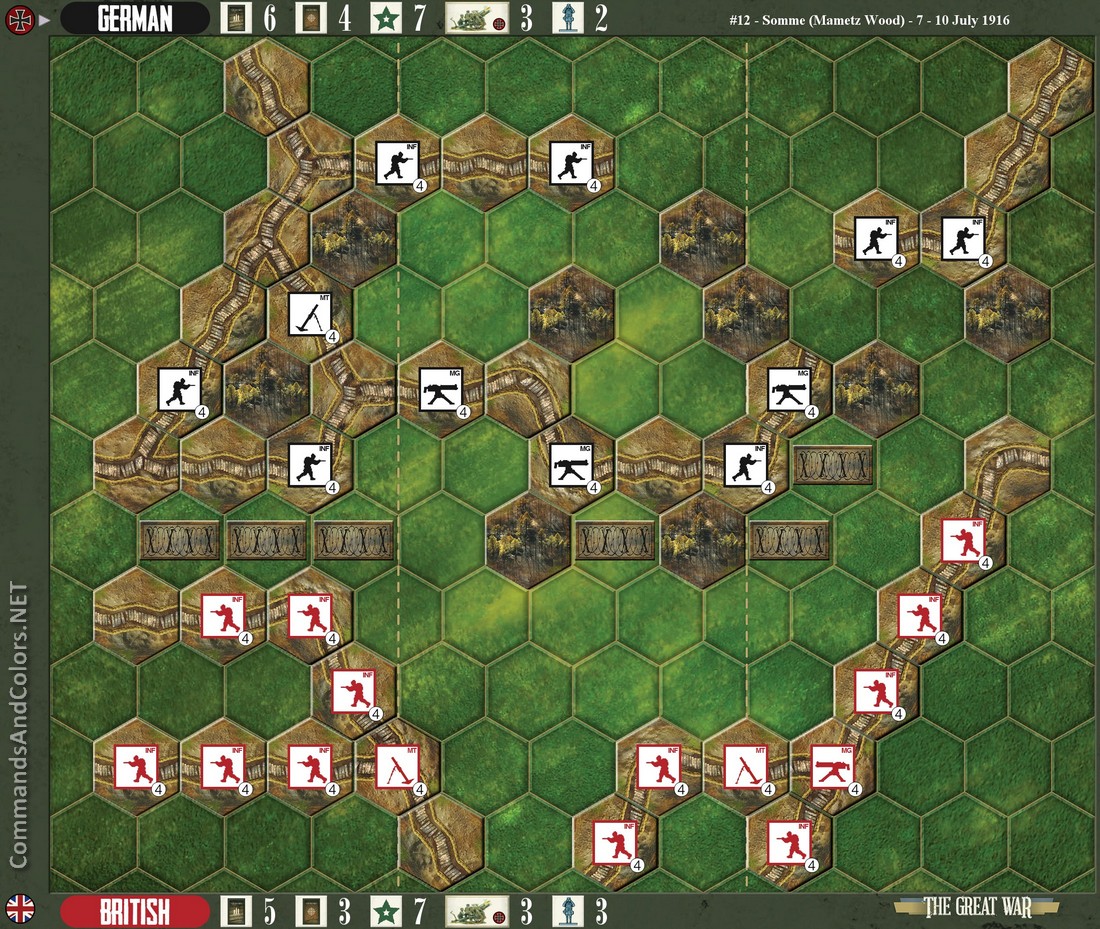 mk20336 replied the topic: #691 4 years 6 months ago
Ale,
I see you already played with rules for special personnel placement?

alecrespi replied the topic: #684 4 years 7 months ago
Played yesterday night with a friend of mine.
I played British placing my bomber on left flank.
My friend placed 2 bomber in german right flank (facing mine) and the other one on german left side.
Brits tried to advance mainly on right side (more units and more cards) while Germans pushed on the other side.
The last turn British units were really near victory taking advantage of "Break through" rule, but Germans wins gaining their last 2 VP (1 for killing a unit and 1 for "Brit race against time" rule).
Really tense and enjoyable.
Final Result:
Germans: 7 VP
British: 5 VP

We didn't use at all Reserve Artillery...
Read More...