The Battle of Loos was fought between September 25 and October 15, 1915. A heavy British bombardment prior to the attack on the 13th was too light to do sufficient damage to enemy positions and wire. Immediately after leaving their trench, the 137th Brigade, while crossing open ground, was hit by heavy machine gun fire and would accomplish nothing. The 138th Brigade advanced directly towards the Hohenzollern Redoubt. For a short time, units gained the front trench, but German bombers counter attacked which was too much for the British defenders, and soon after, isolated British parties gradually made their way back to the shelter of their own trench line. Although minor fighting continued for some weeks, the Loos offensive was effectively at an end. 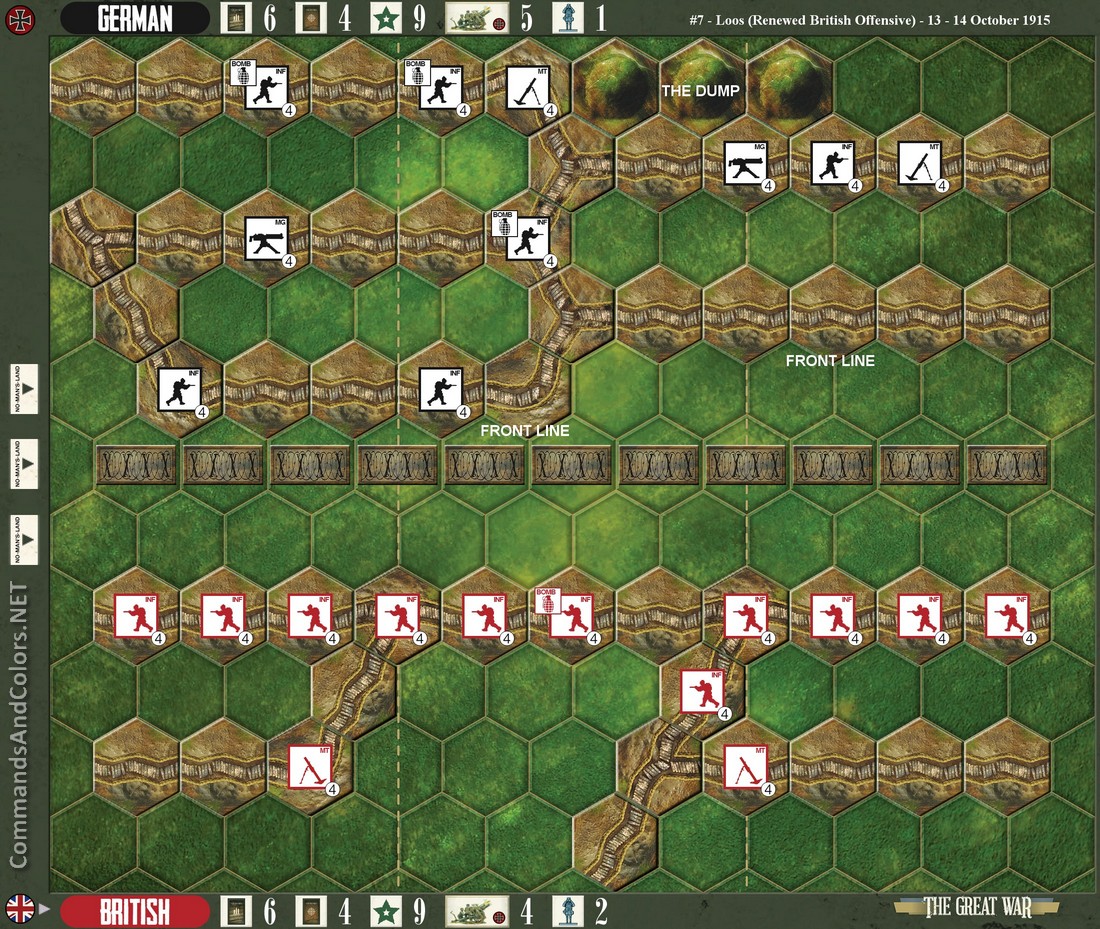