The six map board tiles that make up the battlefield are two-sided: One side pictures a countryside setting with no other terrain features, the other side has a number of river terrain hexes already printed on the battlefield.

The map board tiles are normally arranged to build a battlefield, 12 hexes wide by 11 hexes deep. The map tiles are arranged by the code in the corner, according to the specifics of each scenario. The half-hexes that border the sides of the map and baseline of each army are not considered to be part of the Commands & Colors field of battle. 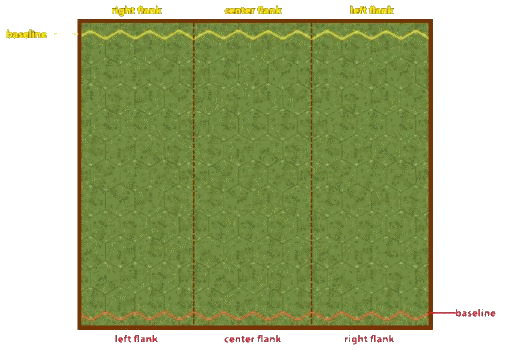 The numbers printed in the hexes are not used in the Commands & Colors rules.

These tiles represent a wide range of terrain features and are placed on the map board battlefield to recreate the historical battlefield for each scenario. For a description of all Terrain features: see the Terrain rules section.

Hill terrain tiles may be placed on top of the plastic hills to give a battlefield additional dimension.

Command cards are used to order troops to move, battle or do something special. Units may only move or battle when given an order. For a description of each Command card: see the Command Card rules section.

These cards represent powerful, mythical and sometimes unexplainable abilities. These cards may hinder the opposition army, enhance a player’s units or may instantly change the course of a battle. 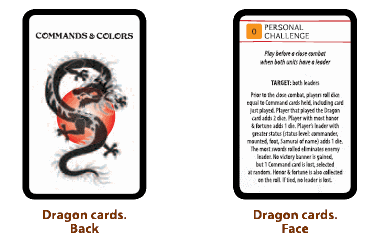 When the last figure of an enemy unit with its unit’s standard, or a leader with its standard is eliminated, it is placed on your Samurai Victory Record card to track victory.

The six-sided dice are used to resolve combat and are also used for other game functions.
The dice must be stickered, before the first game. Each die should have the following stickers placed on its faces: one green circle, one blue triangle, one red square, one flag, one Honor & Fortune symbol, and one crossed swords.

The forces that players command on the battlefield are represented by 122 detailed plastic figures. The figures will need to be assembled prior to the player’s first game. The figures of each warring army have their own distinctive Sahimono flag color.

One figure of each unit must have a standard inserted into the figure’s base. The unit’s standard-bearer is a key element in the game and offers visual clues as to the nature of the unit he leads into combat. A standard’s symbol (circle, triangle, or square) defines the unit’s rank and combat strength. The standard-bearer is also the last figure of a unit to be removed from the battlefield when the unit is finally defeated. A leader figure’s standard has a Samurai helmet. 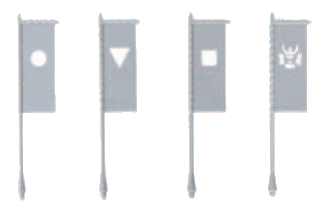 The movement trays are not used in the Commands & Colors rules.

In terms of game play, honor & fortune tokens are a measurement of the staying power of a player’s army and also act as the currency that fuels the play of Dragon cards.