With most of their erstwhile allies in Kyushu and Shikoku defecting to the Minamoto, the Taira found themselves adrift on the inner sea with the young emperor and their families, and with no safe port to land. Minamoto no Yoshitsune forced them to a decisive battle in the Shimonoseki Strait, off Dan-no-Ura. Although cornered, desperate and outnumbered three to one, the Taira were confident in their superior naval experience and knowledge of the local waters. Taking advantage of the fast-flowing tides in the strait, they divided their fleet into three divisions and charged down the current onto the Minamoto, who were struggling to make headway against the tide. A prolonged exchange of arrow fire took place, in which the best archers of each side contested in individual feats of range and accuracy, before closing for hand-to-hand fighting.
The Minamoto were forced back.
The stage is set, the battle lines are drawn, and you are in command. The rest is history. 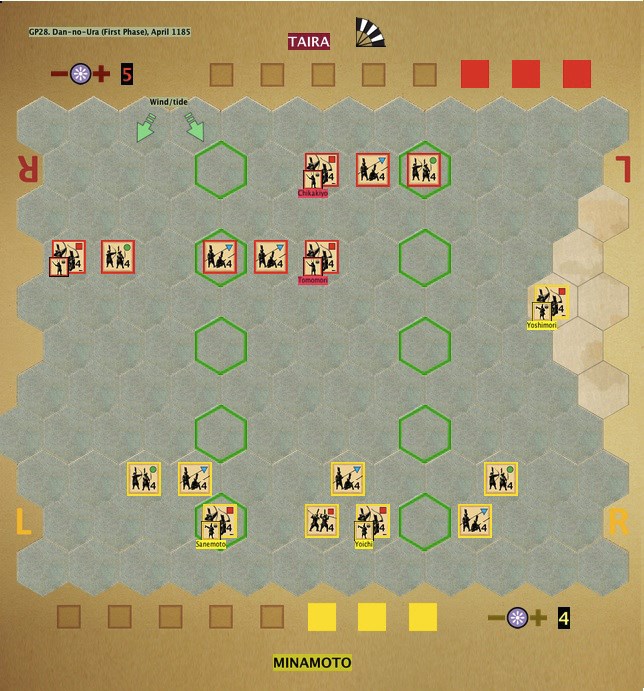