With Yoshitsune’s cavalry now inside the fortress and fire spreading through the camp buildings, the Taira abandoned their walls and fled in the only direction left open to them, the seashore and their waiting ships. The panicked troops crowded onto the boats in such numbers that many capsized. The crews started fending away common soldiers, hacking off their arms when they held onto the gunwales, so that the senior clan nobles could escape. The Minamoto hunted down the fleeing enemy, seeking glory by taking the heads of Taira family members. Over half of the Taira clan’s senior nobles were captured or slain. The battle of Ichi-no-Tani was over and the Minamoto had won a decisive victory. The remnants of the broken Taira clan sailed back to Yashima and would never again return to mainland Honshu.
The stage is set, the battle lines are drawn, and you are in command. The rest is history. 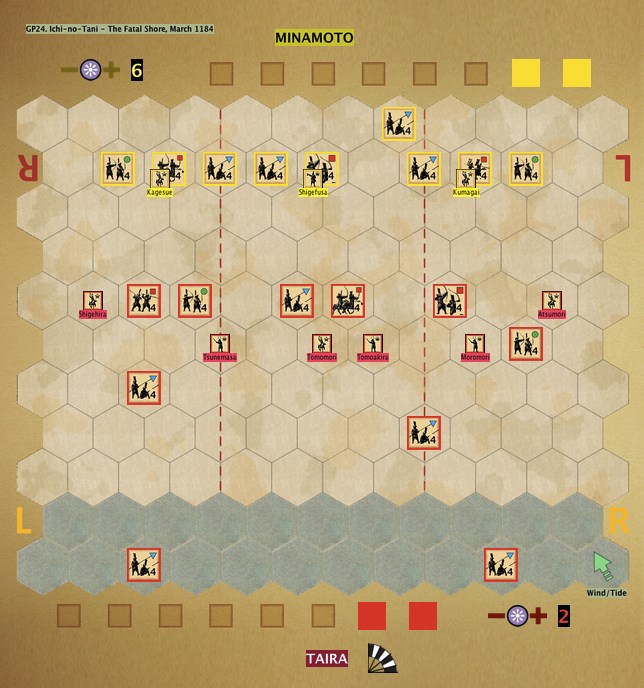